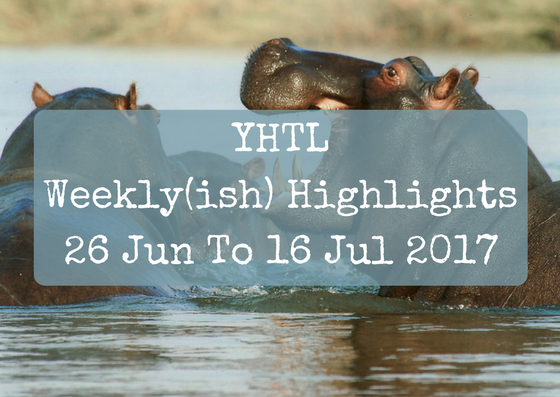 The eagle-eyed among you may notice that the dates for this weekly highlights package don’t strictly cover the 7 days most commonly associated with a standard ‘week’. You could almost argue that a whole 3 weeks would be a more accurate summation of the time range covered by this post. And you would be right. Can you guess though what excuse I will be using for the lack of there being a highlights post for not one, but two of the past two weeks?

The simple fact is that I was abducted by aliens.

And they probed me pretty hard.

It was not greatly enjoyable.

But it was very lengthy.

And now I’m back.

‘So, James, how has your mindset changed after such a monumental experience?’ you may be wondering. For one thing it has made me appreciate every single minute of every single day. After all, I never expected to be abducted by aliens. I never planned it.

When you learn to embrace the mindset that every episode of ‘Do You Know?’ with Maddie might be the last one you ever see you are forced to treat the world as a unique gift. Taste every moment with vigour. Drink in the joy of every situation. Hug a stranger. Tell a joke to a duck. Give a banana to a monkey.

The things we all take for granted are just one completely legitimate and not at all made up alien abduction away. Just think about it for a moment.

No more YHTL Weekly Highlight packages, which always, absolutely without fail, start on a

Perhaps rather aptly our compilation starts with a news article about genitalia. It even enabled me to draw a penis and a naked lady in crayon. It’s one of the main reasons why we set up this website and I can now finally say that I’ve drawn a crayon cock and published it on the internet. Another life goal ticked off. 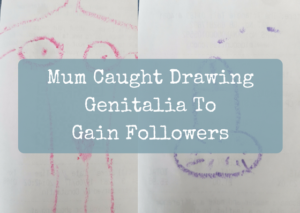 Although our penis post contained drawings of bollocks, our interview with Lucianne from The Tantrum Times a couple of Mondays later was actually ‘the bollocks’ and is well worth a few minutes of your time! It’s below, if you want to get your clicky finger clicking. 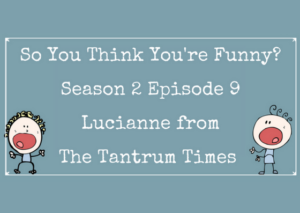 Monday also saw Fran from Whinge Whinge Wine‘s very own review of party bags. It was nothing if not honest! When we do reviews on here you won’t generally find some puff piece about how wonderful everything was – have a read of this one and see for yourself! 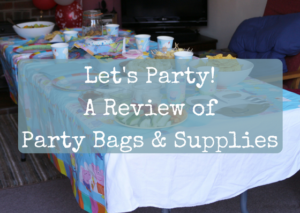 Three Tuesdays and three particularly super duper posts to feast your eyes on. It started with a rather unique comparison between going clubbing and going to soft play from Pass The Wine Please. Once you’ve read the post you’ll appreciate that they have a lot more in common that you might think! 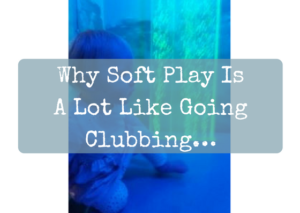 The second Tuesday of our compilation featured the brilliant Mumonthenetheredge as she turned all fashion guru-esque and brought us some of the most epic matchy matchy fashion ideas that you can share with your small person over the Summer holiday period. You can thank her after you’ve read it! 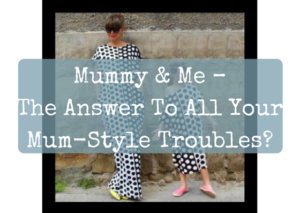 Tuesday number 3 didn’t disappoint either, as Daddy Poppins returned with this classic post about the day he realised he had turned into his mother. Not literally, of course, but have a read and see what happened! 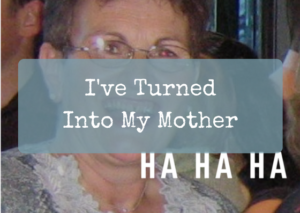 If your favourite day of the week is Wednesday you’ll love this section. Even if it’s not you’ll still love the 3 brillo posts that we flopped your way over the last 3 hump days. First up was Mouse, Moo & Me Too with her memories of the day she first met a very famous bear. No, not that one. Or that one. In fact, not even that one. See which one here, and how well it all went! 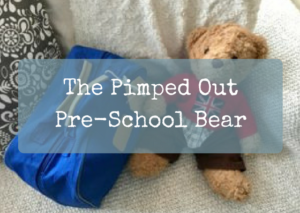 Wednesday ‘numero dos’ brought us some more ludicrous fake news, courtesy of yours truly. This time it was childless pensioners that took a bit of a bashing, as we discovered that they give some pretty wank parenting advice to absolute strangers for no good reason! Here are some examples to illustrate the point! 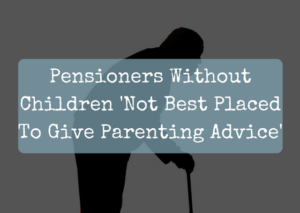 Last but definitely not least was this memorable post from ColleysWobbles about the ten things that mums might wish were true, but generally aren’t! It’s got some great drawings in it, as well as being very funny, so if you like sketches of boobs and the like, you’ll love this! 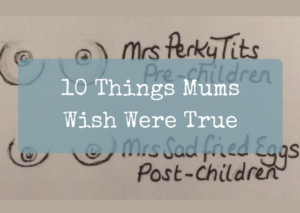 Remember I told you about those aliens and the probing? It was especially bad on Thursdays, so there really was no chance of posting anything constructive. There was this though:

Another mixed bag of brilliance adorned our site during the past 3 Fridays. It began in great form with some really brilliant cartoons from SunnySide Up – some of them are contained within this post! 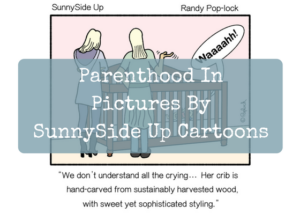 It progressed smoothly into graduation mode, when Media Mummy took a rather ranty look at the recent phenomenon of dressing toddlers up in silly clothes for their nursery ‘graduation’. Redic. 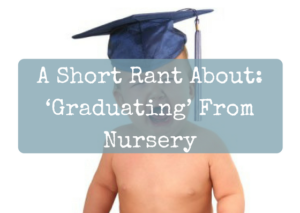 The trilogy was completed in epic style with Claire from Life, Love & Dirty Dishes and her super-useful guide on how to play cafes with a toddler. It’s harder than it might first appear, so well worth getting some learning and practice in now! 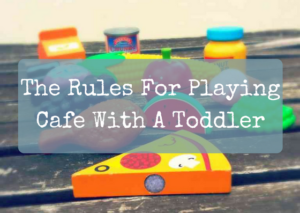 Saturday was by no means looking to be left in the shadows during this compilation, so pulled some great posts out of the bag! First up was a post from Bell From Bow about the notoriously difficult task of keeping clothes on a toddler who really would rather wander round with their bits hanging out! 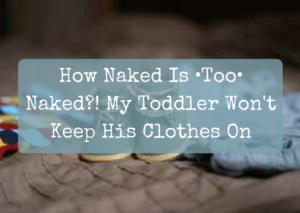 We shared this from Fran, further demonstrating her Queen of the Meme credentials:

Wrapping up the compilation in style was a blast from the past about BBQs with a toddler. It might come in useful if we actually get another sunny day this year. So probably not at all useful… 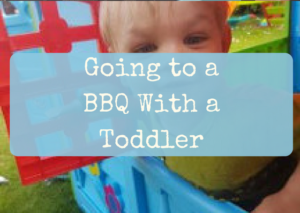 We’ve also smashed through another calendar month during my abduction, and I know that many of you will have been beside yourselves with excitement in anticipation of who would be crowned our June champion in terms of post readership. Well wonder no longer, although the results may disappoint you…

In 3rd place was this post comparing the nursery report to the mum report from Pass The Wine Please!

In 2nd place was our interview with Gem from ColleysWobbles which was admittedly a really rather funny one! 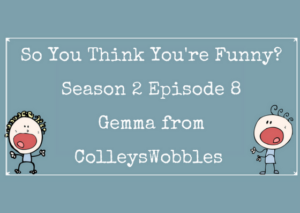 But in 1st place, rather shockingly given that no-one reads my own blog, is my really rather silly article about genitalia. Must have been the awesome artistic drawing of a cock and balls that had the punters rolling in. I may draw crayon genitalia as the featured image on all of my future posts. It can’t hurt…

So there we have it. Three super weeks rammed together into one highlights package, like a particularly rammo tin of sardines. Assuming the aliens don’t return during the next 7 days (and that I don’t go on holiday with very limited internet reception / work away in Manchester) I will see you again for more of the same next Sunday.

You know you want to, even if you can’t quite bring yourself to admit it yet…