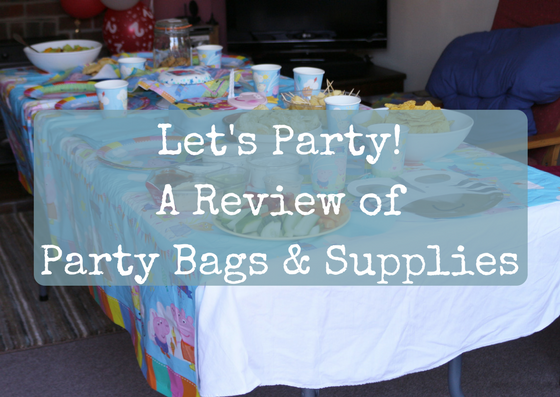 There is nothing more fun than going to a child’s birthday party. Nothing. Apart from maybe organising one.

My son’s second birthday was quickly approaching and to be honest I didn’t want to put a lot of effort in (do I ever? Probably not). My eldest will be turning four this year and has already made it clear that she is expecting her first proper party with games and all her friends; I have been putting it off for as long as possible but she’s been to enough of these to know how they work now (and demand a party bag on entry. For shame).

The plan for his birthday was that we would celebrate in a low-key way with family at our house, but due to it being a building site at the moment we ended up going to my mums, and when offered the chance to review a party pack from Party Bags and Supplies I thought this sounded a lot better than having to go shopping and take it all down with us or expecting my poor parents to do it.

We were able to choose from a wide variety of themes and went for Peppa Pig; can’t go wrong there for a two year old. His sister had already decided that he would be having a Peppa Pig cake some time ago, so that’s what we ordered.

A week or so after ordering, we received a box containing a plastic table cloth, eight plates, eight plates, napkins and eight party bags which had some stickers, a sweet and two small toys inside them. 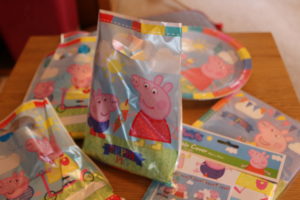 Although I was given the party pack from Party Bags & Supplies for the purposes of this review, the pack would have cost £28. This is odd because you can buy the same tablewear without the party bags for £8.50 (prices range from £4.50 – £10.49 dependent on design), and the party bags for £1.75 each; which means they would be £5,50 cheaper if bought separately which I don’t really understand.

To be honest when the kit arrived I thought £28 was far too expensive for what we received and it wasn’t until checking this just now that I realised this isn’t consistent with their pricing which is actually quite reasonable.

Here are some pictures of the party pack in action! 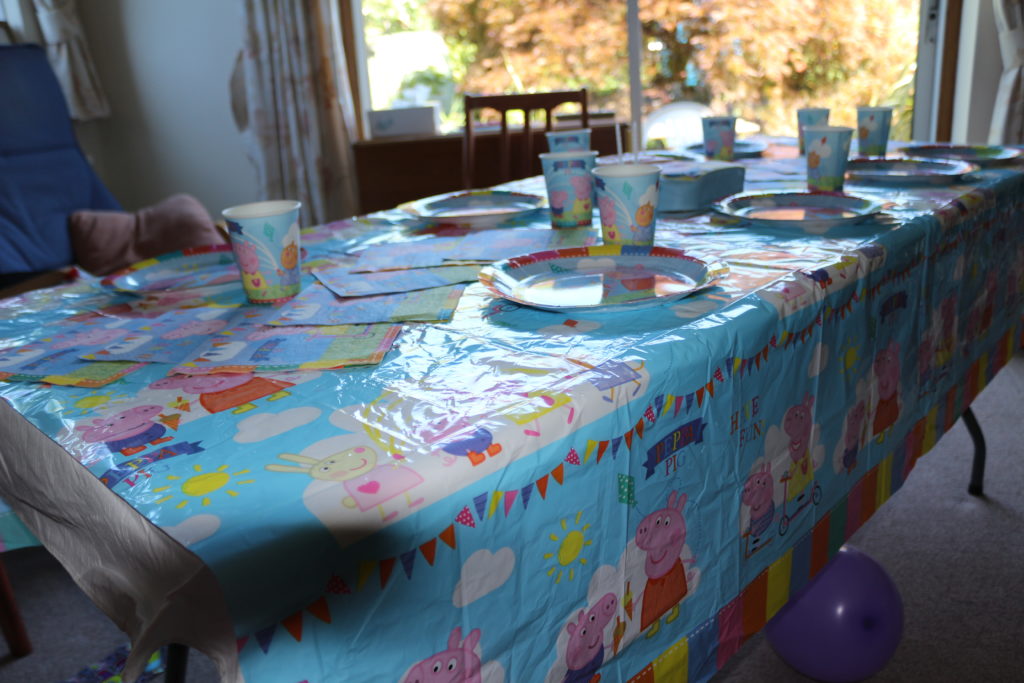 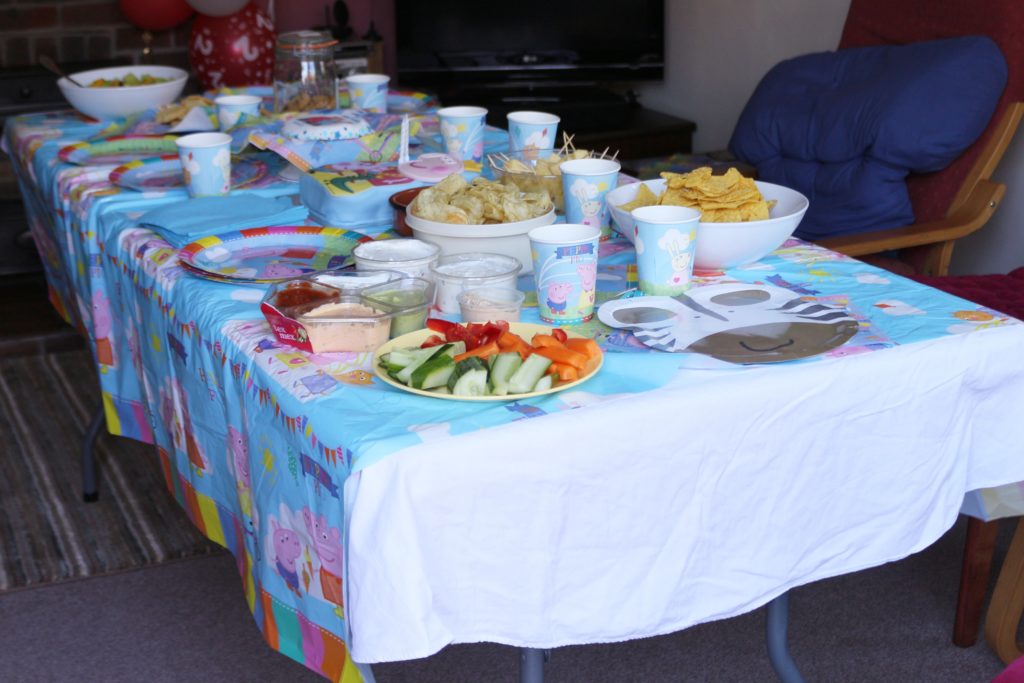 Everyone had a lovely time, and there was significantly less tidying up as the tablecloth and paper plates and cups could be thrown away. The kids loved their party bags, which we put an extra few bits and bobs in. 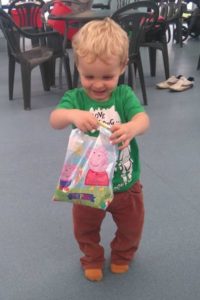 Disclaimer: We received this Peppa Pig Party Pack for free for the purposes of this review but words are my own. If you are looking for supplies or filled party bags then do check out Party Bags & Supplies.