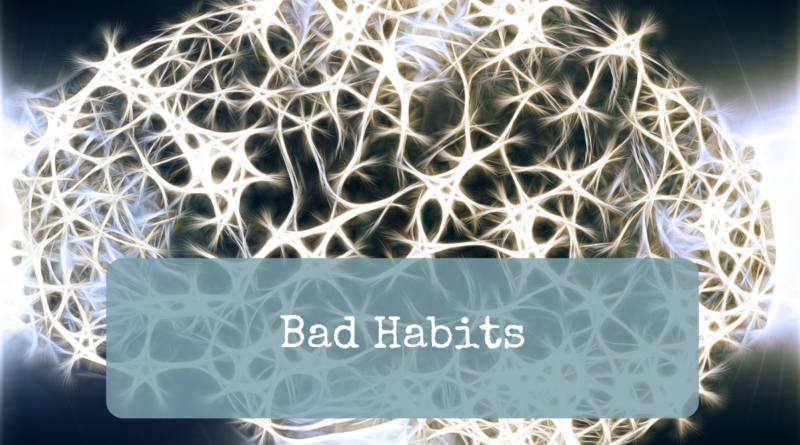 When I was younger I had a seemingly never-ending range of bizarre twitches, habits, tics, and things I needed to do for things to feel OK. I’ve probably blocked a few of them out over the years, but I can certainly remember twitching my nose, smiling in a very odd way, blinking my eyes excessively, touching my ear against my shoulder, twitching my lip, having to touch the same part of the wallpaper when I came downstairs, tapping doorframes and having to feel like I was facing the right way when getting into cars.

The car thing was odd. To be fair, they were all odd, but the car one definitely didn’t make a lot of sense. I would sometimes be about to open a car door but would suddenly feel like I needed to turn around full circle before doing it. Unless I did it, it felt like my body was in the wrong directly and that something just felt off.

I knew that people were probably noticing these various oddities and wondering what the hell I was doing, but my brain just didn’t feel right unless I did them. Some would last for days, some for weeks, some for years. They would come on for no obvious reason, and the more I realised I was doing them, the more I needed to do them. Fortunately it would normally just be one at a time, and somehow over the years I managed to train my brain not to need to do them, leading me to become the generally well-adjusted adult I am today.

I guess in some ways they were similar to not walking over 3 drains, or stepping on cracks, or walking under a ladder. Something that people just do without really thinking about them and that helps them feel in control of what they are doing. Some people bite their nails, or pick their skin, or put their left sock on first or follow particular routines to keep themselves on track, so I guess we all have our little oddities to one extent or another.

However, unlike something where your brain tells you to avoid doing something (e.g. stepping on cracks) or tells you to follow a set routine (e.g. putting on the same sock first) to help yourself feel comfortable, with tics it feels a bit more physical. So I would feel this sensation that I need to twitch my nose, or blink or touch something, and that sensation would remain until I had done the weird thing I felt I needed to do. But doing the thing would only alleviate the sensation for a short period of time before it came back again, and the cycle would start over. All very odd.

Joshua seems to have some similar oddities in recent months, and from someone who has been through the same thing it’s hard to know what to do about them, if anything. Of late, he went through a phase of having to turn around every few minutes, which lasted a few weeks. He’d be walking home from school and would randomly rotate every 50 metres or so. Or would be playing football and randomly spin around once every few minutes. More recently he has started to touch his nose against the cushion in his playroom every few minutes. Not for any obvious purpose – just because he feels he needs to do it because it makes him ‘feel comfortable’.

We’ve talked about it, and he says he just likes doing it and obviously I don’t want to bring too much attention to it because when I was younger the more I thought about it the more I did it. So I guess we’ll just have to see what comes next, hope they don’t last for too long and that he eventually stops feeling the need to do them. My other fear is that other kids will notice he’s doing it and make fun of him, and make the problem a whole lot worse. I’m sure I got some odd looks when I was growing up, and although it doesn’t bother me now I’m sure it would have done when I was younger.

Looking back, if Google had existed when I was in my early teens I could have found out that tics are fairly common in children, don’t tend to last that long, don’t have any lasting effects and didn’t necessarily mean that I was a crazy person. Hopefully if Joshua ever decides to ask about his annoying urges I can talk about them sensibly armed with the info on the NHS website, and he won’t feel quite so weird knowing that his dad was exactly the same growing up – and look how well I’ve turned out!