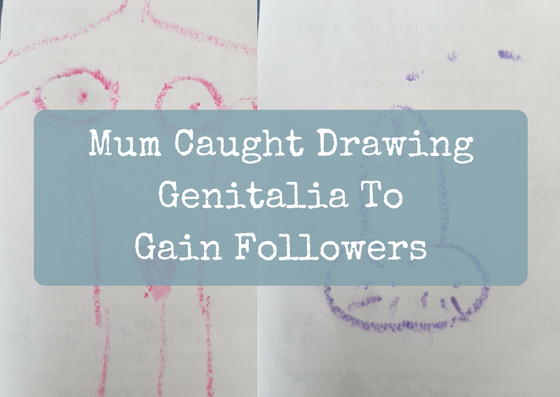 A mum spent her spare time drawing penises and vaginas in crayons in order to gain Facebook followers, it has been revealed.

Penny Lane, 32, from Slough, would post the drawings online, pretending that her young son had drawn them ‘by accident’ whilst attempting to depict everyday objects.

Having hoodwinked her own 17 friends she would then share the images on popular pages such as the The Unmumsy Mum in a bid to become Facebook Famous.

The shocking truth came out when one of Penny’s real life friends (IRL) saw one of her posts on Sarah Turner’s page and was surprised at what she saw.

But it wasn’t the crayon cocks and finger-painted fannies that were most amazing to her friend. It was the fact that Penny doesn’t actually have any children.

‘I saw the images on The Unmumsy Mum and was a little surprised that Penny was passing them off as being drawn by her non-existent child’ revealed Claire Matthews, who doesn’t want to be named. ‘She’s always been a bit odd and attention seeking but this was something else!’

We looked at some of the images in question and are sharing them with you below. Do you think they were innocently drawn by a toddler? Or was Penny pinching her share of the spotlight with grown-up-generated-genitalia? 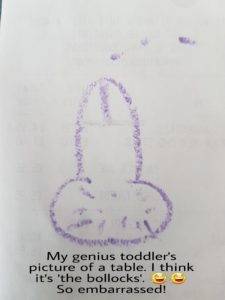 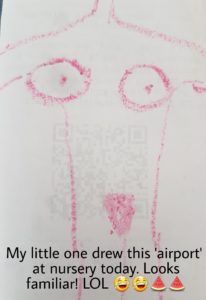 If you have any hilarious images you want to share please do so in the comments. Our readers can then tell you if they think it was ‘kid’ or ‘krazy’, ‘toddler’ or ‘too much time on your hands’, ‘wee one’ or ‘whack job’.

If you fancy more less than truthful news click here!