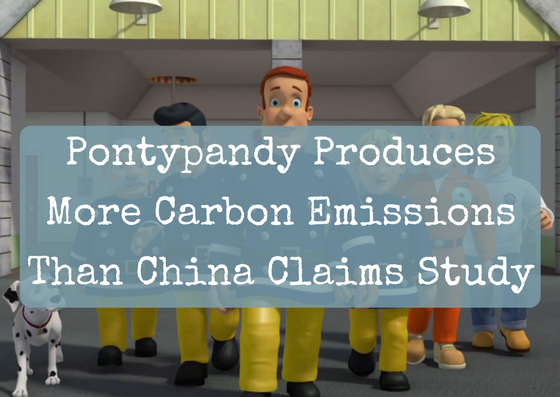 A study of grotty, sparsely populated Welsh seaside towns has found that Pontypandy, home of big-headed narcissist Fireman Sam and 11 other weirdos, has emitted more carbon into the atmosphere than London, Tokyo, Shanghai and New York combined.

But the emissions are not caused by big business or mass transport – they are caused by almost constant fires. Here’s some science.

The gloomy shithole, with a retail offering consisting of the permanently empty and / or ablaze Whole Fish Cafe and the Cut Price Store was previously a thriving village of 250 people, but following a spate of 47 mysterious fires in 2 weeks in 2008 all but a handful of residents moved to neighbouring Newtown.

Unfortunately the ones that remained were too stupid to notice that everyone else had buggered off and so continued to operate businesses without customers, schools with only 4 pupils and a multi-billion pound fire and rescue complex with a firefighter to villager ratio of 1 to 2.

The only evidence of the previously blossoming harbour village are the rows and rows of empty houses that Jupiter the fire engine drives past on its way to whatever hell hole the pyromaniac villagers have managed to set fire to this time.

To keep the fire and rescue complex in business in the midst of massive budgets cuts, researchers found that Fireman Sam douses the entire village in gasoline on a weekly basis so that the tiniest spark will set the entire dump ablaze.

The Whole Fish Cafe itself has burnt down 7 times in recent years. Fortunately no one really notices the smoke-damaged walls, melted plastic tables, accrid smoke-filled air and malfunctioning electrics as no one has eaten there since 2010. God only knows how long Bronwyn’s fishy nibbles and damp seaweed have laid untouched by human hands. 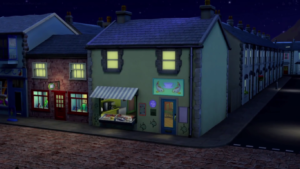 The irony of the ‘Flood’ house being almost permanently ablaze was not lost on researchers.

‘It is clear that something very strange is going on in Pontypandy’, said lead researcher Fiona Yerr. ‘For a Welsh seaside town of just 12 adults it is remarkable that such a staggering level of investment is made to their local fire and rescue service, with a fire engine, a 4×4, an all terrain vehicle, a helicopter, a rescue boat, a fire engine on rails and a jetski to name just a few.’

Researchers also found that a purchase order for 2 submarines, a private jet, 4 robots, a rocket, a nuclear fallout bunker and, inexplicably, 27 donkeys had recently been authorised. The total cost to the taxpayer of the Pontypandy fire and rescue service is set to be £1.3 billion per annum after these additional purchases.

‘There is a constant cloud of smoke lingering above Pontypandy’ Fiona told us.

‘It’s a miserable landscape of human despair and suffering and for the sake of the remaining residents, the environment and the taxpayer, the entire place should be evacuated and blown to smithereens. Not necessarily in that order.’