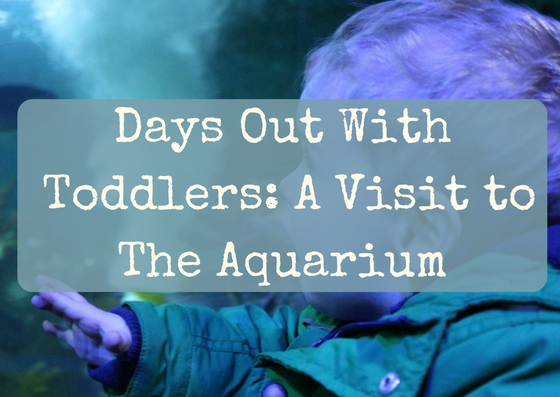 We’d been away visiting my parents.

This was primarily so that I could meet up with a friend and go out to a comedy gig and while my darling children could bond with their grandparents, I could be lazy for a few days. When we returned home, having not seen daddy for a little while – and him having worked a lot of weekends recently – we thought that Sunday should be a Proper Family Day Out and we decided to visit the aquarium.

Well, the TV was fucked, and the replacement had been lost by Amazon somewhere en route (cheers yea, who needs CBeebies anyway right?)… What else were we going to do?

Last year we bought passes for the Sealife Adventure aquarium in Southend. We went once and despite it being miles and miles away from where we live, it was cheap to upgrade to an annual pass. Can’t resist a bargain, even if it absolutely isn’t one. I thought it would come in handy during the winter months to have something fun and indoors to default to other than soft play, even though it is well over an hour’s drive plus you have to factor in the cost of the Dartford Tunnel and extortionate parking.

Whilst we had been hoping to visit on occasion over winter the whole shebang closed down for renovations.

Bit annoying. But then in February, we got an email saying they had reopened now had PENGUINS. This excited the big one because she likes penguins. She had recently acquired a (toy) penguin which my good friend bought back all the way from Australia with her (although it was actually made in the USA. Go figure), and she wanted to take him to see his penguiny friends. 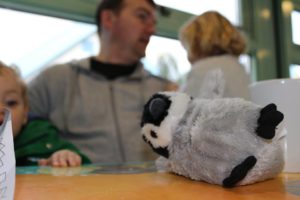 Anyway, it looked a bit manky out, and so we thought we’d venture Essex-wards (about an hour and a half Essex-wards) and see what these penguins had going for themselves. When we arrived, the queue was out-of-the-door nuts so we went to an expensive cafe for a long wait and unhealthy food served by a pissed off waitress in fifties style clothing.

We got to the aquarium about one pm, and the queue was still substantial but indoors so we just waited.

Must have been newbies-on-the-tills day. We spent longer in that damn queue than we did in the bloody aquarium because the big one decided that she didn’t like fish, or penguins, and wanted to go home. Which (after taking the small one around again to get my money’s worth and taking a few photos of him seemingly in awe because my mum follows me on Instagram) we did.

Read more from me (Fran) over on Whinge Whinge Wine.