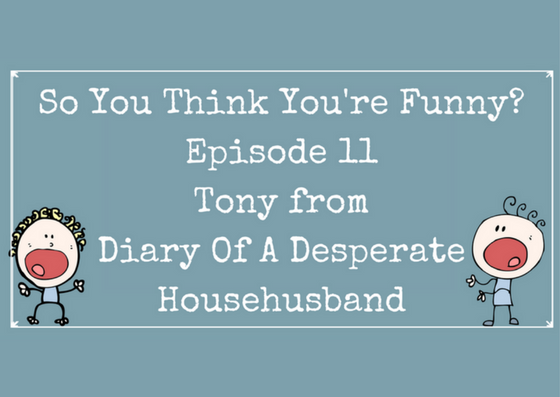 ‘Is it Monday again already?’, the Owl said to the Pussycat, reclining gracefully in his beautiful, newly-painted pea-green boat.

‘Well, we’re out at sea, Owl, and to be honest I’ve rather lost track of the passing of time! What makes you think it’s Monday?’

With a mixture of disappointment and amazement Owl exclaimed ‘Because a new episode of ‘So You Think You’re Funny?‘ has appeared on You Have To Laugh! Obvs. Silly Pussycat!’

Pussycat turned to Owl with a confused expression and said, ‘But Owl, we’re in the middle of the ocean. How the hell do you know what is, or isn’t, on the You Have To Laugh website?!’

‘The donkey told me of course’ ejaculated Owl, pointing at the sizable ass that was perched on the side of the boat.

‘Never mind what day it is’, said Pussycat. ‘Where did that f**king donkey come from?!’

In other news, it’s week 11 of So You Think You’re Funny and today we have the terribly amusing Tony from Diary Of A Desperate Househusband in our virtual hot seat. He talks about his love of red wine and our mutual hatred of habitual dickhead Norman Price from Fireman Sam. Have a read – we’ll reconvene afterwards… 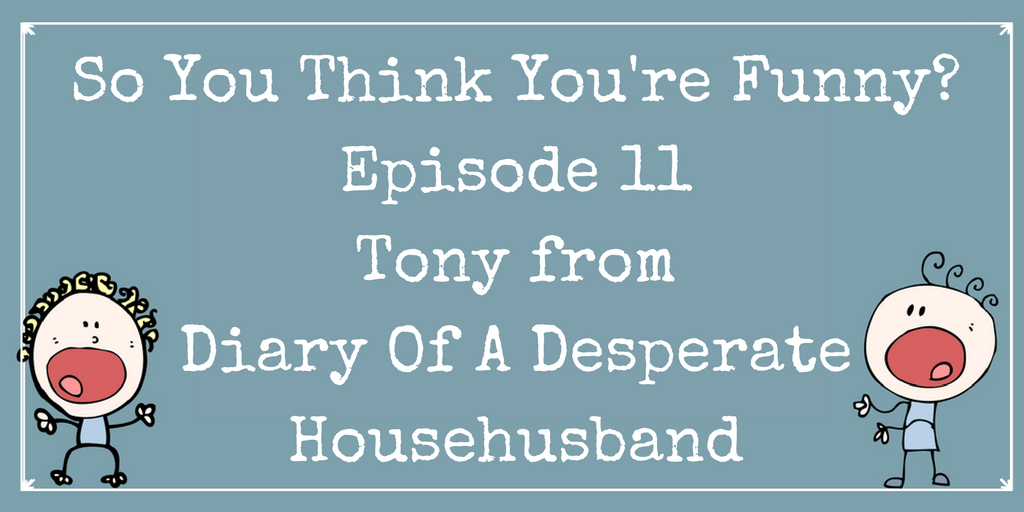 2. Now do the same as if through the eyes of your worst enemy:

The man is an absolute tit.

Today. My son announced that it was women and children first on the Titanic because women didn’t
have the vote back then and it would stop the men making bad decisions. Amusing in its perceptive logic

4. Do you try to be funny when you are writing? Tell us a bit about your blogging ‘process’

I think the process is simple enough, its the psychology behind my musing that is complex. I write about the things that come into my head, observations, inequalities, crazy modern life. Sometimes its things that drive me nuts, sometimes its because Ive rationalised my own behaviour and had an “ah” moment. I believe
I say what other people think. My feedback suggests that I’m right. Do I try to be funny? The world is a serious place. I try to lighten it up a little bit and being cynical comes naturally to me. Hopefully people find this amusing, that is the intention.

I was once asked to write my own return to work report by a manager. I was a bit incensed but knew they wouldn’t read it before putting their name to it so I thought I’d teach them a lesson. Probably didn’t do my career much good but it was worth the look on their face when they got called into HR to explain……

Yes I am the perpetual comedian and when I’m on form nobody is safe! As with many extroverts my life is also peppered with periods of low mood. Actually, I’m a bit of a pain in the arse! My poor wife!

Why did the condom fly across the room? It was pissed off!

I’d be teetotal if it wasn’t for full bodied red wine. Oh and beer.

This is a tough one. I love food so the thought of eating the same thing time and time again is pretty miserable. I could cheat this question in a number of ways but I’ll play the game and plumb for a Surf and turf with potatoes and salad. I could happily eat this at anytime of day, its a good balanced meal and I could “play about” with the ingredients a little bit to add some variety. That said I’m about to spend 2 weeks in Burma and my tastes may change.

I was a child

So many to chose from. Fireman Sam particularly winds me up. Why? Because naughty Norman Price is at best a pain in the arse who repeatedly wastes the Fire Services time and at worst a pyromaniac. The mild admonishment he receives for the constant transgressions sets an unrealistic expectation. Kids need to understand the correct relationship between action and consequence and in my opinion, Norman Price is well overdue a spell in borstal. In my day, Noddy spent half his life in the clink for being slightly naughty. It terrified me at the time but apart from anxiety disorder and several years in therapy it didn’t do me any harm at all.

Diary of a Desperate Househusband
Earlier this year my wife decided to return to work after 10 years looking after the kids full time. The options were child care or me holding my business/career growth for a few years and stepping into the homemaker role. I always fancied that I brought the organisational skills to make this role easy so we took the later route. Of course I was in for a rude awakening. My blog takes a humorous tongue in cheek look at some of my preconceptions laid bare as well as the commonly encountered frustrations of bringing up kids and managing a home. Why should you visit? If you have kids it will make you feel better about yourself. If you are about to have kids I’ll tell it how it actually is, not through rose tinted glasses. If you never want kids it will validate your decision!

See you all next week for another thrilling episode. After all, I have now decided that this weekly comedy-fest will continue until someone lists either me or Fran as their favourite comedy blogger in question 6. If we reach episode 99 without success, episode 100 will be an interview with my mum…

One thought on “So You Think You’re Funny? – Episode 11 – Tony From Diary Of A Desperate Househusband”