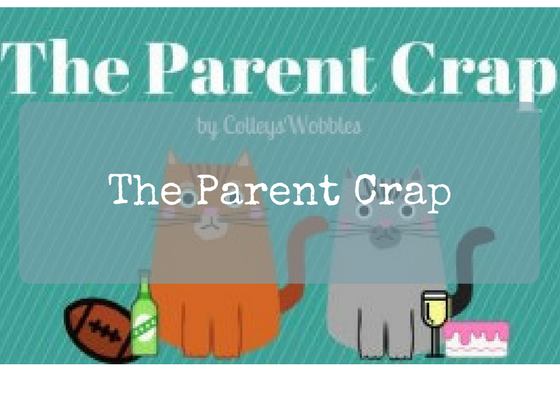 I love my husband dearly, he’s my rock, and all that lovey dovey blurb… but some nights I want nothing more than to roundhouse him to the floor! (Before you start, I don’t condone violence and I would never actually do it, but imagining it in the style of a Peter Griffin/Family Guy cut away clip makes it ok, right?).

Tonight is a prime example. The two children (I’d once lovingly lugged around like an overweight gorilla for 18 long months, propelled into the world in the most undignified and painful way from my noo noo, and sacrificed my once pert boobs to) have told me more than enough times this evening, “No Mummy I don’t want you I want Daddyyyyyyy!!!” accompanied with a scowl the grumpy cat would be proud of.

Granted, it’s not entirely Daddy’s fault he is awesome and very cuddly, but it still doesn’t stop me from wanting to get all Chuck Norris on his ass!

All I wanted was a cuddle, but instead I got a wriggling octopus with a one word Daddy Dictionary. Grrr!

So yes, I’ll put my hands up and admit it. I’m jealous! How does he do it? Am I doing something wrong? Am I too strict? Is it because I’ve gone back to work and they’re mad at me? Is it because they genuinely don’t love me as much? #mumguilt

In all honestly I don’t know why. I am however starting to realise that life as a family isn’t all Von Trap sing-alongs whilst parading through the meadows hand in hand, and I’d question anyone who said otherwise.

The faultless pictures you see on Instagram aren’t real. Mr and Mrs Perfect’s model family photo frolicking in a strawberry field was probably taken on their twenty second attempt on account of joyful Johnny shoving strawberries up his nose and sweet Susie flashing her knickers for the thirtieth time.

Before we had the boys I remember saying to people “We never argue, we get on so well, we’re best mates, blah blah blah“. Post kids, were still best mates, but argue? We do now. I’m not talking the dramatic Eastenders throwing plates at the wall “Ger art of ma pub!” type arguing, but we do have our disagreements and fall outs like most people. Why? Here’s a bit of parental maths:

Another thing that adds to the ‘parent crap’ is the resentment. I never thought I’d resent their Daddy for going to work, but I remember thinking he was staying late at work to check out the hot toned girls who actually had time for the gym (unlike his baby bellied wife). I thought it was his way to avoid the crazy bedtime routine, but in actual reality he was working his backside off to pay bills and keep his job.

On the flip side he resented me for staying at home with his two little boys having all of that time to make memories whilst he was at work. A vicious cycle. The only way to avoid it crumbling is to tell yourself you’re both in it together. You’re a team. A family team.

So whether my little snot rockets are Daddy’s boys or Mummy’s boys it doesn’t matter, we’re a team, a unit, and they will have our undying love until the day we are no more.

(Seriously though kids, you best start giving me more cuddles or Daddy’s never going to get another cup of tea).

This post was originally published here. For more from Colleys Wobbles click here, or check out some of the recent posts below!

2 thoughts on “The Parent Crap”