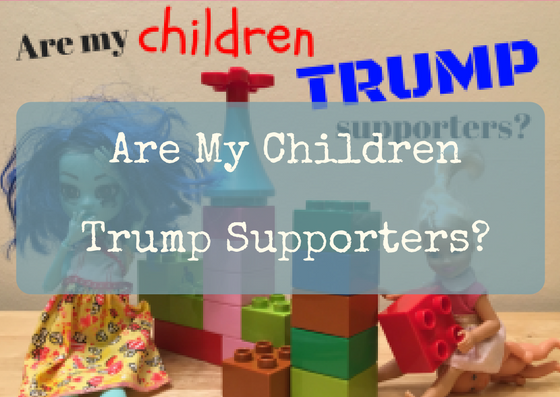 There’s very little as restricting on both one’s ability and will to partake in reproductive activities as expelling a whole human being from the reproductive bits in question, the following emotional and hormonal upheaval – and the consequent chronic exhaustion.

I’m pretty sure my Small People also have an inner sensor for the rare occasions such activities are contemplated, as they invariably choose those moments to cry inconsolably – or worse – visit.

I am not allowed, for instance, to move out of the line of sight of the smallest Small Person, who views any transgressions (such as weeing or making the tea) as highly suspicious, and an indication she needs to step up her surveillance levels to ‘limpet’.

Neither child responds well to new people, especially if they look or dress a bit differently. They particularly disapprove of beards.

Red suits, sleigh travel and jolly laughter are also frowned (and screamed) upon – although this can occasionally be overcome by present-based bribery.

My kids like things to stay the same. Back like it was in the good old days – ie. yesterday. Woe betide anyone who interrupts their precious routine/regime. Miss one of the day’s expected milestones – like snack, milk or story – and you should expect…..

Today the Small Small was incandescent over the apparent injustice of my cutting up her fish fingers instead of leaving them whole – and hot enough to give her tongue second degree burns. If she could have taken to Twitter to vent her rage, she would have. She settled for throwing the offending fish fingers across the room and lying face down in the hall crying for 30 minutes.

They tell me they build the best walls. No one can build walls like they can. They know all about wall-building, and no, they don’t want any advice or assistance. (Their walls, are, by the way, shit).

Although to be fair to them, once they’ve built their walls they usually destroy them immediately afterwards.

I am still trying to explain to the Big Small that no one is trying to hurt her ‘by a-liberate’. It’s either by accident or DELIBERATELY. This is a losing battle.

She may also be paranoid – also a Trumpism?

Or at least screaming over it and/or conveniently refusing to hear it.

I have now suffered five years of sound torture, psychological warfare and complex mind games. The worst thing, however, is their practice of unrelenting sleep deprivation.

On an average day I literally cannot remember my own name or speak in full sentences until I have imbibed at least four cups of strong coffee. I wear my clothes inside out to work. (They’ve stopped telling me out of either sympathy, embarrassment or fatigue – so now I find out halfway through the day when my bleary eyes can actually focus on the mirror in the toilets). I honest-to-God tried to feed the cat Cheerios instead of cat food this morning. Earlier this week I left my purse in the damn freezer.

They back track, change their minds with alarming alacrity, and deny ever having held any other viewpoint despite all of the compelling evidence to the contrary.

“I wanted the pink cup! No the blue one! I said pink! Not that pink one! WHY AREN’T YOU LISTENING TO ME??? Bluuuuuueeee!”

The Big Small is new to literacy, and not a fan. On the occasions she is persuaded to read and write, her phonetic spelling is definitely Trump-worthy. She recently put a label on a stuffed cat that read ‘ckety’ (kitty).

Usually accompanied by “Dat one. Want dat one, Mama.”

To be honest, they don’t really get the whole weather thing. If it’s raining out the front of they’ll go check round the back. This is consistently disappointing.

“I didn’t push her Mummy! I just moved her off the sofa with my bottom.”

Which often leads to:

Which they practice on each other at regular intervals. (Before attempting 15).

Well, ok, not the pussy, I admit. But the arm, leg, boob, hair and neck are all fair game, certainly. And then they just start kissing me. They don’t even wait. They can do anything. I’m pretty much just an object to them.

Sadly this belief is not without foundation. See no 9.

The Small Small, at least, still has some baby fuzz left. First thing in the morning it looks remarkably like a Trump quiff.

Let’s just say that if my children were to walk into a wall, their bottom lips would hit it first.

I rest my case.

I think it’s clear that my children are natural born Trump supporters and I am harbouring closet fascists right here in Sheffield.

Either that, or the President of the United States acts like a huge, orange child, and we’re all completely fucked.

Anyway, I plan to swap out ‘The Gruffalo’ for ‘The Communist Revolution’ this evening, just in case.

Remember, we must resist the children, however cute they may be when sleeping. They can take our freedom, but they will never take our… Never mind. They pretty much take everything.

This post was originally published here. For more from mumonthenetheredge click here or check out some of the recent posts below!

2 thoughts on “Are My Children Trump Supporters?”