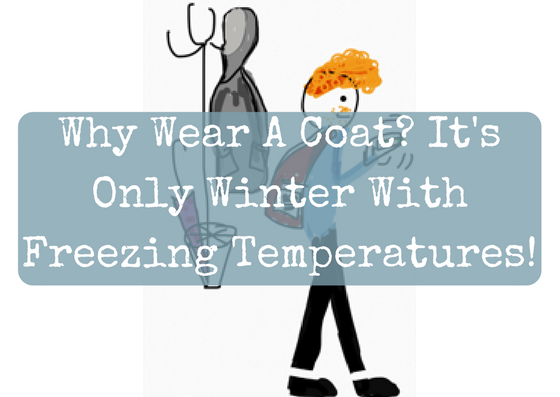 Why wear a coat? It’s only Winter with freezing temperatures!

REPORTS are coming in: Local teenager Dippy, 15, is now home and recovering well from freezing his arse off over the weekend.  According to eyewitnesses, he was seen out and about without his coat as temperatures plummeted.

‘he’s on the road to recovery and is about 95% thawed out; the colour has started to return to his cheeks’.

‘It’s been a bloody nightmare’, she said. His knees were knocking and his teeth were chattering when he came home.  I think he even mumbled something about how I was right.  I can’t be sure.  You see, I, despite being his mother, was right.  It’s proving really difficult to stop myself saying ‘told you so’. 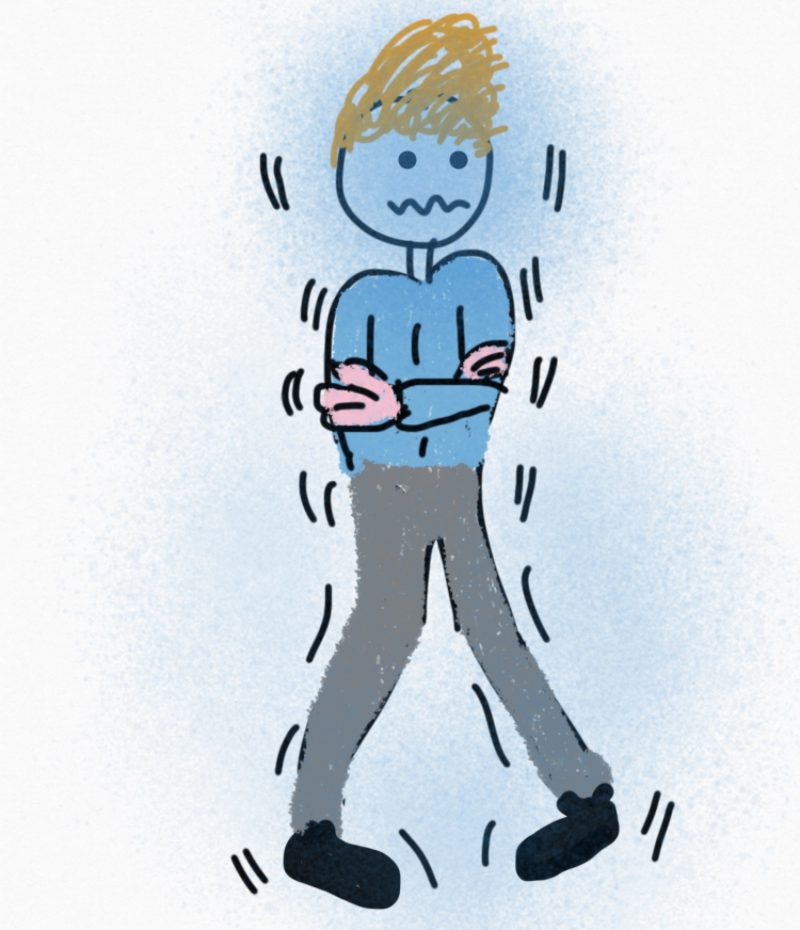 Recalling events, she said ‘It started off like any other weekend. I went into his bedroom where he was sitting playing his computer and told him about the cold weather ahead and how he WILL need his coat when he goes out’.

‘In between packing his sleepover stuff, he chipped in with mumbles of how I better be packing his decent stuff and could I just hurry up and get out’.

He doesn’t need to be constantly nagged about wearing a BLOODY COAT.

Later, as I stood waving him off, I reflected on three things I discovered from the font of all knowledge – Dippy, 15:

Sources close to the family revealed that Dippy, 15, purposely left his coat at his mates, as it would have meant cross branding.  The coat didn’t suit his choice of trousers for that night.

A frozen, but recovering Dippy (15) explained why he went coat-commando.  He told reporters how his mother’s expectations are way too much, ‘she’s always so dramatic’ he said; ‘her constant nagging about having to wear your coat, otherwise you’ll end up extremely ill is complete rubbish’.

‘I’m only ill because the temperatures plummeted to freezing, it has nothing to do with not wearing a coat’.

Dippy, 15, who has a history of losing things further explained how he took his coat to his mates under the pretence he was going to wear it, just to keep his Mum happy.

‘Mum doesn’t realise the hassle of having to carry it around everywhere.  It’s a real arse-ache.  Not only does she nag about me wearing it, she’s constantly moaning how I better not lose it’.

She doesn’t understand it’s a big deal.  It’s not just about wearing the coat, it’s about whether it suits what I’m wearing?  Even more so, potential cross-branding.

She’s always nagging on about things.  At one time it was always about making sure you ‘eat your carrots otherwise you won’t see in the dark’.

I remember Pippy putting Mum’s theory to the test.  She turned all the lights out, it was pitch black yet she was able to see perfectly well.  She’d never eaten a carrot in her life.

She caught me every time with that one.  I’m surprised she hasn’t said Father Christmas isn’t real just to upset us!’

Speaking to the Daily Grief Paediatrician Dr. Winter told our reporter: ‘It’s Winter and parents all over the land are bracing themselves for the seasonal battle of coat wearing.  Unlike Mummy Buck, most parents don’t buy coats just to hang them on coat stands.

However, there are some kids who are deemed to have sensory issues and don’t like the feel of being enclosed in warm clothing.’

We put this to Mummy Buck.  She told reporters, ‘the only sensory issue Dippy has is sensitivity to listening to parental requests.

He’s particularly sensitive to being asked to get off his arse find his coat.   His time is precious, he doesn’t want to spend it looking for his things.  Apparently, as his mother, that’s my role’.

Local GP Dr. Do-Nothing confirmed a teenage boy had been to see him with frozen extremities ‘I advised him to stay home, wrap up warm and just chill in front of the TV.  I reminded him of the importance of keeping well hydrated with hot fluids and to eat snacks to keep his strength up’.

Responding to this, Mummy Buck said ‘a wasted trip to the Doctor’s.  What about the importance of listening to his mother?  Why would you tell a permanently well-rested teenager to rest and drink plenty of fluids?

Who does he think will be the muggins run ragged now? 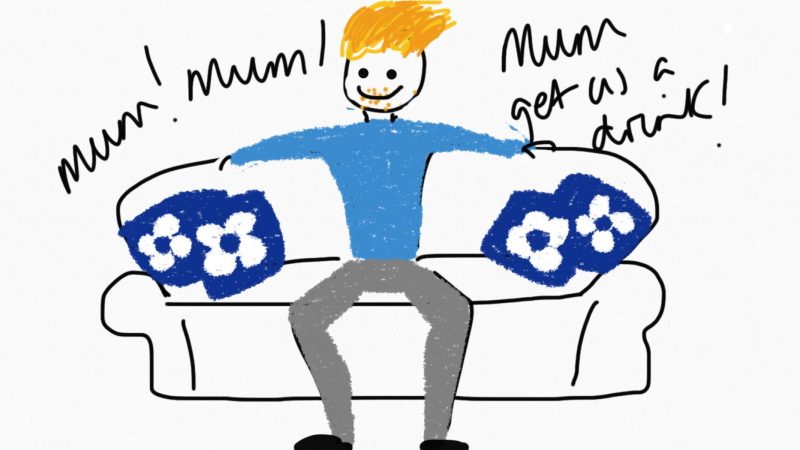 Now I’m faced with Dippy pulling a fast one in the morning.  He won’t want to go to school as he’ll be way too ‘unwell’.  We will argue the toss and when we’ve exhausted all points, I will have to contend with the other three kids chewing my ear off about the unfairness of it all.’

The renowned Dr. Duffel author of Fifty Shades of Coats – Wearer of None, told the Daily Grief: ‘It’s a sticky wicket coat wearing.  Cross-branding is a no-no.  Failure to heed this will result in looking a right twat’.

‘An obvious fashion faux pas like this will result in ridicule from all eagled-eyed teenagers.  They would rather suffer from hyperthermia then risk looking a total twat.  I explain this in detail in Chapter 4 Pitfalls of Cross Branding‘.

On hearing this Mummy Buck, former 80’s chick responded, ‘what a crock of shite.  Let’s be honest, how many teenagers has he studied? Probably just his own teenage son.  Since when did teenagers actually take notice of anything?

I bet Chapter 4’s a cracking read!  It just shows you can write a book about any old shite, add Dr to the author’s name and voila.  Is it a free kindle download?  Or is it somewhere in Smith’s gathering dust?

Meanwhile, Mummy Buck is looking on the positive side, it could have been far worse ‘at least he hasn’t lost his coat’.  Maybe next time he will listen.

This post was first published here. For more from Everyone’s Buck Stops Here click here or on any links that may or may not appear below depending on your choice of platform!