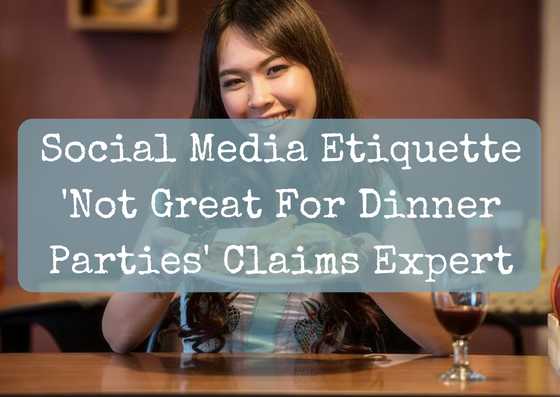 Can we all learn something revolutionary from the Twitterati, the Instagrampions and the Facebookers?

‘I spend a lot of time on social media, primarily due to my complete lack of ‘traditional’ social skills’, she explains, her eyes darting from side to side with the look of fear reminiscent of a mole exiting its hole for the first time.

‘A lot of things are just easier on social media. If you don’t like someone you can block them. If you’re bored of a conversation you can just stop replying without explanation. If you want more fame you can slag off celebrities and hope some of their followers will bite back.

If you want some attention you can blurt out a status to say you’re at hospital, even if you’ve only popped in for a milkshake at the cafe there. Most importantly you can just ignore all the notifications you get and pretend you never received them’, continued Debbie, who has 5,000 followers on Twitter.

Debbie came up with the idea to ‘test’ out some common social media behaviours in the real world scenario of a dinner party to see if they could help keyboard warriors overcome their social awkwardness.

‘We invited 50 people to a dinner party, including 10 of us who are quite a big deal in the social media world, to see what would happen’, Debbie explained.

These were some of her findings:

* Holding up a photo of yourself with no make up on, ill-fitting clothing and poor posture in one hand and a green milk shake container in the other hand whilst repeatedly inviting people to ‘PM me, hun’ was not a successful business model

Debbie explained, ‘It became clear as the evening went by that to my surprise the skills that made people experts at social media weren’t quite as successful for face-to-face interactions.’

Out of the 10 social media gurus at the party:

Unfortunately, no people shacked up together in hotel rooms and no Juice Plus subscriptions were sold during the evening.

Asked if Debbie would be repeating her experiment in the future, she stated that she would rather continue to build her social media following through her unique blend of honest, gritty, realism and would leave the so called ‘real world’ to others for now.