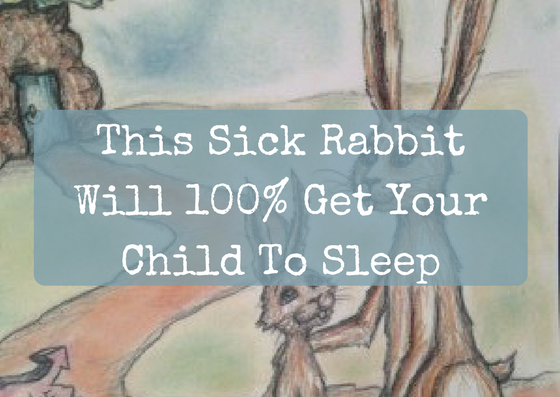 People like to talk with certainty. Like when somebody tells you to go to a particular restaurant because it serves “the best steak in London”. As if they’ve visited every single place in London that serves steak, analysed the strengths and weaknesses of each steak they’ve ordered and then recorded their findings in a massive steak spreadsheet.

This kind of chat is particularly prevalent in parenting circles. I’ve listened on as someone has advised me to buy a life-changing nappy bin. Or a cup that they absolutely fucking swear by. This special kind of evangelism is often inspired by the techniques and routines found in child-rearing guides, the sort of books that tell you to sit your child on a mat and teach it to fetch sticks just so it will sleep better. I have no doubt that these manuals are essential to some families but they fail to recognise that children are different. And perhaps more pertinently, so are parents. Children are not DVD players, they can’t be programmed. At least I for one can’t program them.

This is why I was suspicious when I found out about The Rabbit Who Wants to Fall Asleep, a book written by a Swedish psychologist as a means of persuading frisky children off to sleep. It quickly became a bestseller as mummies and daddies the world over used it to put their kids down at night. Its gargantuan success is largely down to it being a set of instructions on to how to hypnotise your child. Hypnosis seems to me like rank cheating, you may as well slip your child some Valium. But I was prepared to give the book a chance given that at the time he should be settling down for the night, my four-year-old prefers to frolic naked up and down the landing, periodically flinging himself on our bed and wiping his genitals on my pillow.

The Rabbit Who is essentially a dramatization of the hypnotist’s mantra “you are feeling very sleepy”. Dramatization is the wrong word. The plot is numbingly tedious, although admittedly a twisty edge-of-the-seat thriller would be self-defeating in these circumstances. The first thing that struck me about The Rabbit Who was the illustrations. They are crude and unnerving, no more than overgrown doodles. The rabbits themselves have sad and swollen eyes, like they’ve got early-onset myxomatosis.

When I read the book to my son I diligently followed the instructions which require certain words and phrases to be spoken either forcefully or softly. He asked me to stop before I got to the end of the first page. I think he thought that I may have been suffering some kind of breakdown, given the random shouting and whispering.

Fortunately The Rabbit Who is also available as an audiobook, so we set up a CD player on his bedside table. The narrator of the audiobook has a familiar voice that I can’t quite place. It’s suave and sinister at the same time and I’m pretty sure it belongs to a showbiz predator from the 1970s.

The CD was remarkably effective. Unfortunately in a sort of sleep induction ‘friendly fire’ incident it missed its target. I very quickly began to experience the odd sensation of having my eyeballs fondled vigorously from behind and having my head enveloped by my son’s pillow. My face began to glow with intense heat. The next thing I knew my son was tapping at my sternum trying to wake his hot-faced dad. I was snoring loudly. It seemed to set a precedent because he hasn’t allowed me to play it to him since.

What is informing about this whole experience is that my wife has used The Rabbit Who CD to great effect on most nights. She absolutely fucking swears by it. It just goes to demonstrate that some of the tools of the parenting trade depend entirely on their workmen.

This post was first published here. For more from Bad Dadu just click on the image below or check out some of the recent posts. It really is that easy!