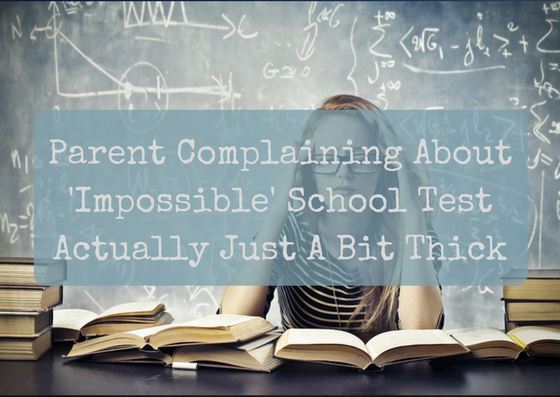 A mother who launched an online protest against an ‘impossible’ school test faced by her 5 year old daughter is actually ‘just a bit dense’ another parent has claimed.

The test, which focused on the spelling of 3 letter animals was deemed ‘outrageous’ by mother of 2, Fran Cleethick.

‘The amount of pressure that tests like this put on my daughter is frankly unacceptable’, she said.

‘Children should be out sweeping chimneys, breaking windows with stones and nicking sweets not chained to a desk trying to get their heads around these ridiculous questions. She’s not training to join f***ing MANGA where those genius robot people like Stevie Hawkshead go to.’

Fran felt that the test was littered with ‘trick questions’ designed to stress out her daughter, Megan. Her incensed rant on Facebook said:

‘One of the questions had a picture of some kind of spotty tiger thing but I know ‘tiger’ has 6 letters so why they only put 3 boxes under it for letters is beyond me. There isn’t even a ‘C’ in ‘tiger’. Do they think I’m f***ing stupid or something?!’

Fran told us that a number of other parents on Facebook leapt to support her through the use of the ‘shocked face’ emoji.

‘I had 48 shocked faces from other parents who were obviously as shocked about how hard the test was as me. I also had 4,197 laughy faces but I think they just picked the wrong ones by mistake. There’s a lot of thickos out there.’

The test is printed below in full. Let us know how you get on in the comments section. Do you feel it’s appropriate for a 5 year old or do you agree with Fran that too much is being asked of our children? 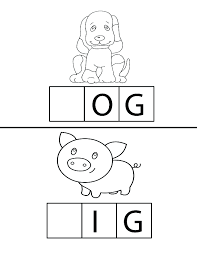 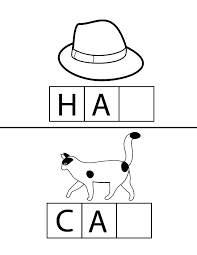 For more news of the fake variety click here for our archive!