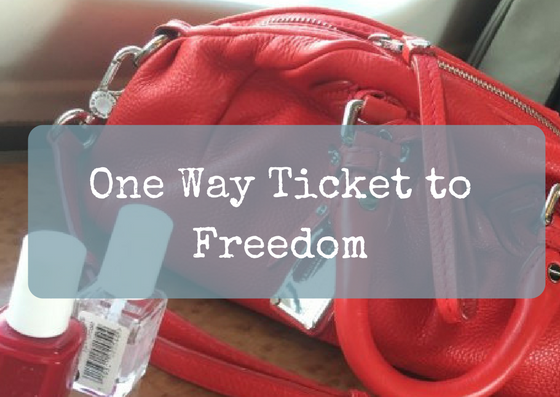 Mummy is feeling somewhat excitable. She has left the Mad House behind with nothing more than a blushing red handbag and an overnight bag!

Mummy has been allowed to leave the fray for one night only, so that she can attend an incredibly grown-up evening of socialising and fine dining at, wait for it – her 15 year university reunion.

Surprisingly, Mummy is not feeling old or past it. Aside from the sunken bags under her eyes from 9 years of sleep deprivation, the “fine lines” and grey hairs, Mummy is getting into the swing of things and has donned her ripped leggings and biker boots to achieve the more student look. She has stowed away secret snacks of crisps and chocolate and has a trashy magazine for reads.

In the run up to the big day, Mummy’s focus of attention was not on what topics of conversation she could possibly engage in with her highflying, top achieving friends from another era, other than child-rearing, schooling and what liquid detergent works the best on tough stains.

She was not even overly concerned with packing or arranging meal plans, logistics and whereabouts for each family member “left behind”. No, instead Mummy concentrated all her efforts on how she was going to spend every minute of her four and a half hour train journey in peace and solitude. Mummy figured that tomorrow’s return journey might well be spent asleep, desperately wishing away a hangover, in good time for the big “family” reunion, in which it is expected that she will be ship-shape, on form and back on duty. So it is essential that not a second is wasted of today’s generously gifted free-time allowance. The pressure is too much for Mummy and so she turns to The Blog for therapy.

Mummy accidentally booked the quiet coach on the train. One would have thought that this was a pre-planned, inspired act of genius on her part. Sadly she is not so clever with computers these days. It is of no surprise then that her young, intelligent-looking neighbour got pissed off and moved, having  been subjected to the tap-tapping of keys and regular telephone updates as to the safety and well-being of the children.

In fact, Mummy is a little wet behind the ears these days. She is generally a bit scared of public transport, strange people talking to her and indeed anything that doesn’t fit in with her Mummy routine. It’s a wonder then that Mummy committed to today’s extravaganza at all and that she has actually left the house.

When explaining to the children why Mummy was “abandoning” them overnight, there were gasps of astonishment and questions all round. Mummy’s story was best recounted as a fairytale for maximum impact. It went something like this:

“Once upon a time Dear Children, Mummy was a young woman, with fabulous friends, a frenetic social life and the body of a mermaid (minus the tail). She was a wondrous creature who travelled the world with just a backpack and who learnt to speak numerous foreign languages. She studied at a most prestigious university and harboured dreams of becoming an international secret spy. Then one day, she met Prince Daddy, had a magical wedding and then promptly became a housewife. Her old hopes and aspirations were now transformed into new dreams of becoming the World’s Best Mum. And the rest is history.”

“Mummy, when are you coming back?”

I mean tomorrow Darling. That’s if the train doesn’t accidentally on purpose break down.”

This post was originally published here! For more from Apparently This Is Normal click here or on any of the images below!