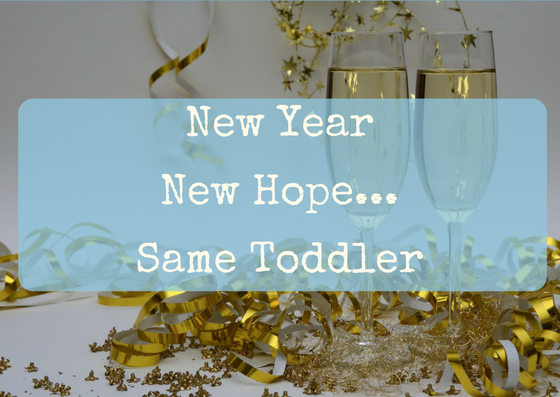 It was New Year’s Day and we decided wouldn’t it be nice to head out for a meal and have a bit of a celebration? Nights out and New Year’s Eve parties are a bit thin on the ground at the minute. So yes it would be very nice indeed to eat out but what about that mini dictator who currently resides in your house? Is it worth the hassle? We decided to risk it.

Eating out with your toddler often resembles a game of Russian Roulette. It can go wrong in so many ways but there can often be occasions when, for no good reason at all, you actually get to enjoy your meal. You feel good about yourself. You feel good about the world. You beam with pride at your small fry.

And then there are those times when it goes badly wrong. You stuff the food in, barely tasting it. You take turns to hold the screaming child. You avoid eye-contact with fellow diners knowing they are wishing you and your family would just disappear. How many cups of coffee have been left half-full as you make a swift exit from the restaurant, hurling the money at a frightened looking waitress?

But still we persist. Call it foolishness, optimism, blind stubbornness…Whatever it is we keep on at it; always searching for that perfect day.

Spoiler-alert: we were not about to have that perfect day.

New Year’s Day. Most places were booked up but we found a Chinese restaurant that was relatively quiet. We noted that we were quickly herded into the family section. We didn’t mind. Personally I prefer sitting in family-friendly areas as the other diners can’t hate on you as much when a tantrum kicks off. They have either just been there or will be in five minutes.

A high-chair was produced and strangely enough there was no struggle to get herself settled in it. There was a brief battle over the menus – ‘Mine!’ – but we navigated our way through that fairly easily. We ordered. The waiter made a fuss of the Toddler. She was delighted and showed him her teddy bear. The prawn crackers were tasted and pronounced acceptable. Feeling the high of a successful outing my husband suggested I order a glass of wine. Why not, I thought, I so rarely have anything remotely alcoholic these days. In fact my tolerance is now so low I can almost get drunk on mouthwash.

Sausages and chips arrived along with our more traditional options. We settled in.

Half-way through the meal our luck ran out. Pieces of dinner started to land on the floor. A spoon was tossed away more than once. Toddler was beginning to get slightly louder and I could tell the whining voice wasn’t far behind. My still half-full glass of wine stared back at me reprovingly. So you thought you could enjoy yourself? it seemed to sniff. We started to eat that bit quicker.

Dessert was offered. Toddler heard that fateful word ‘ice-cream’. Her ears perked up in the manner of a bloodhound. “How about ice-cream?” she suggested…meaning if you don’t get me ice-cream I will scream the place down. My husband and I exchanged a regretful look. We wouldn’t be escaping just yet.

The much sought after dessert arrived. She took one look at it.

Having spent at least ten minutes crying for it, asking random waiters and waitresses for it and then not even tasting it!! We still had two full cups of coffee so I resorted to reading her a story. We had just drained the last dregs when she decided she did want the ice-cream after-all.

So was it worth it? On the whole I think yes. We managed to eat most of our meals. We left without embarrassing ourselves too much. And quite frankly the wine more than made up for the temper tantrum she had when we told her we couldn’t spend the rest of the day in the lobby staring at the water feature.

This post has never been published before, but if you would like to see more from the author, pop along to her blog at The Mummy Years, or click on one of the recent posts below!