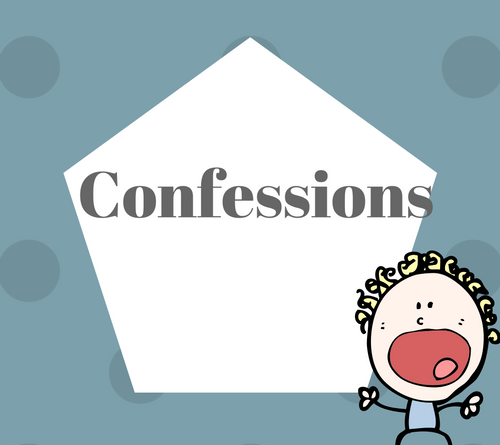 Sarah and I wouldn’t profess to being neat freaks, or perfectionists, but we do have a habit of cleaning Joshua quite frequently. If he spills some ‘din dins’ down his top / face / floor we tend to pounce on it with a baby wipe with the speed of a gazelle. If he gets his trousers wet when he manages to turn on the tap of the garden water butt, we would tend to whip him upstairs and change his trousers and socks. Generally our little one looks quite clean and tidy.

Except when we pick him up from nursery.

For on arrival at nursery on a Monday (he just does the one day at the moment) he is generally out in the ‘garden’ area and generally resembles a character from Oliver Twist. Or one of the chimney sweeps from Mary Poppins. Or someone that has been living with wolves for the past year. Or David Dickinson.

‘He’s had a really good day’ they always say, which seems to be code for ‘He’s rolled around in the mud like a pig in shit for the past 4 hours’. Yesterday his face was muddier than a wet Glastonbury Festival, and this was expertly accented by green paint which adorned his cheek like a colour-blind clown. To complete the ensemble, his clothes were covered in enough food to sustain a person for at least a week. ‘He had two lots of lunch’ they said – probably because he smooshed the first helping into his clothes like a bear pawing at a jar of honey.

‘He did some painting today’ they said. No shit, Sherlock, I’d never have guessed. Did you run out of paper and use his face as a canvas for the other children?

Anyway, I think I’ve made the point, so I won’t labour it any further…

Today was a day spent in the garden. As my dad was busily fitting our utility room units, I was hacking seven shades of shit out of some of the trees and bushes in our garden, like an axe-wielding psychopath and my mum was helping Joshua climb ladders and use garden implements like only grandparents can.

For those of you that have never tackled a laurel that has been completely overtaken by brambles I would recommend avoiding that particular joy like the plague. Brambles are arseholes. Spiteful, vicious, demonic arseholes intent on ripping your hands and arms to shreds with their stupid, shitty spikes. What the hell are brambles for?! Why do people let them grow in their gardens?!

‘Oh look dear, we have some tiny brambles starting to grow next to that bush. Shall I snip them off and dig them up?’

‘No dear, let them grow for 10 years, so some poor unsuspecting bastard can tackle them when they move in’

Unfortunately during the process we instilled a fear of ‘spikes’ into the little one, by constantly saying ‘Joshua – keep away from the spikes – they are painful – ouch – hurt – don’t touch!!’ Little did we know (given that he completely ignored us!!) that this would manifest itself in him being afraid of his pyjama top.

The last pyjama top in the drawer tonight had George Pig on and Mr Dinosaur, with Mr Dinosaur having ‘spikes’ that protrude out of the shoulder. It’s pretty cool.

However, once I put the top on him and said, ‘Oh look, it’s Mr Dinosaur with his spikes’ the little one burst into tears and kept saying ‘Ouch – spikes – hurt – finger’.

After lots of demonstrating that the spikes were actually soft and furry and having rebranded them to ‘points’ all was well again and he settled down for a nice snooze!

Clearly our little one does listen to us – he just hides it incredibly well!!