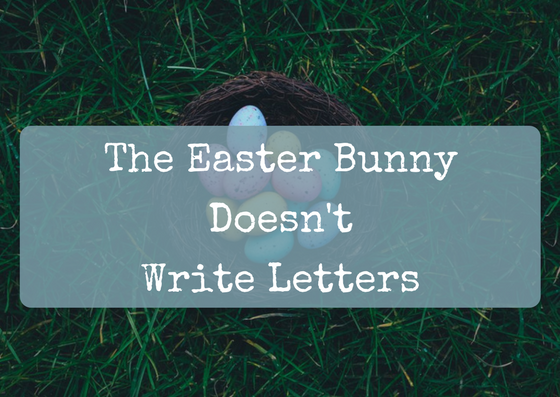 “Ma’am, this is your letter to the Prime Minister saying thank you for all of their help in steering this country towards post-Brexit doom, if you could just sign here”

Except Youngest is not the Queen, she is more of a mini-dictator, she walks to the beat of her own drum.

It is fair to say that having children has removed some of the joy of letter writing for myself. It is now a somewhat stressful experience. One that takes hours and hours. Now the letter writing has evolved and it is my fault. One Christmas a couple of years ago, Oldest was being a little naughty. Father Christmas was worried that she wasn’t behaving so he wrote her a letter telling her to sort out her behaviour. Before you judge me, it worked! Yes, but then Oldest developed a whole pen pal relationship with Father Christmas. She kept sending so many letters to Father Christmas. Every night for a fortnight! She wanted to know if Mrs Claus was nice, she wanted to know how many elves worked for him, she even wanted to know where he purchased his red suit. The letter writing only stopped when Father Christmas explained he was going to have to stop writing letters to her or he would miss his Christmas deadline and therefore no children would have presents. Oldest, fearing that her letter writing might cause Christmas to be cancelled, promptly stopped. Again, don’t judge.

Then, much to my relief, the letter writing was put on hold. That was until Oldest’s tooth fell out and she informed me that at school other children had received not only money from the fairy but also a letter. Again, I found myself writing a teeny, tiny letter in fairy writing. Do you know how difficult it is to write in teeny-tiny writing? On a Friday night I found myself writing under a magnifying glass, coming up with a whole back story for this fairy. The older me was very proud of my efforts. The younger me would have quietly sobbed into her cocktail at how Friday night had become fairy night. Yet, I felt the warm rush of paternal glow when Oldest was delighted with her letter. But this paternal glow quickly faded when we went through a whole pen pal relationship again.

I was spending my evenings toiling away, on a production line of teeny-tiny letters. This went on until the fairy announced that she was going to have stop writing letters because she had missed her deadline for delivering money to the children whose teeth had fallen out. The tooth fairy revealed that as such she had been given a written warning by chief fairy and therefore she would have to stop writing letters. Oldest immediately ceased her letter writing, worried that money boxes the world over would become empty because of her letter writing. Again, don’t judge.

To which she looks at me and asks:

“Then how can he carry a basket of eggs and deliver chocolate to us. How did he open our door? If he can open     our door, then he can write a letter”

This post was first published here. For more from Island Living 365 click here, or check out some of the recent posts below.

One thought on “The Easter Bunny Doesn’t Write Letters”