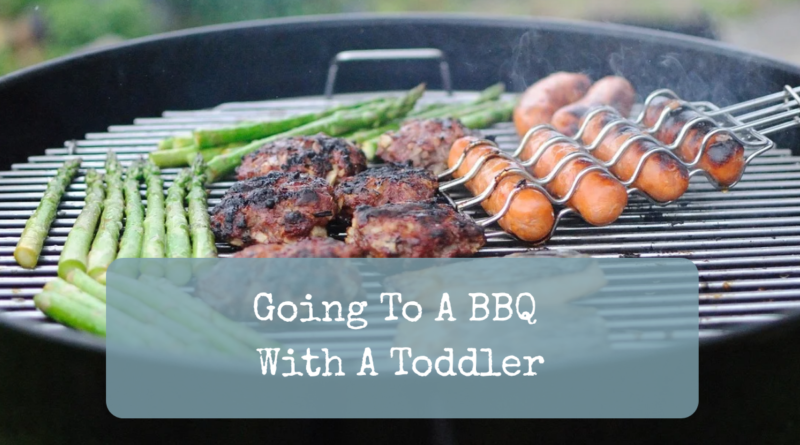 I have a vague, distant recollection of BBQs from the olden days before we had our little one. I may be seeing those BBQs through rose-tinted, booze-addled, sunstrokey glasses but I’m sure I remember they could be quite relaxing, enjoyable affairs. 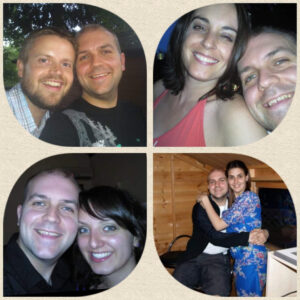 I have occasional, sometimes vivid, flashbacks of sitting down on garden furniture, sipping downing Pimms, chatting to friends, enjoying a shot or two litre of vodka whilst munching on well-cooked, nourishing, healthy meat products burnt animal entrails. The sun would slowly set, against a backdrop of lyrical house music and the uplifting sounds of laughter, intellectual conversation, birdsong and the echolocation of circling bats.

Fast forward a few years to a Summer BBQ with a toddler.

The Dangers Of A BBQ With A Toddler

When you arrive at a BBQ with a toddler, the first instinct is to look for potential danger zones. First up is the BBQ itself – a.k.a. metallic pit of fire designed to attract toddler fingers.

Secondly, there is generally a side gate – a.k.a. toddler escape route. Even if the gate owner keeps it closed during the BBQ in order to prevent escape, there will always be at least one guest that pops back to their car and then leaves the gate wide open. This person might as well remove the gate from its hinges, lay down a trail of toddler biscuits and set up a TV showing back-to-back Peppa Pig episodes in the street outside.

Thirdly, there is generally close proximity to a recently-carpeted room – a.k.a. muddy toddler shoe cleaning zone.

Fourthly, there will always be random, seemingly abandoned glasses / cans of alcohol left at toddler eye height – a.k.a. pissed up toddler pots. No one finishes alcohol at BBQs – they always leave 50ml of alcohol in the glass, place it down next to the toddler play area and then stroll off, watching the ensuing mayhem from afar. Because seemingly, unless you’ve been to a BBQ with a toddler, you don’t really think about such things!

There are countless more dangers, but the word ‘fourthly’ seems odd enough, without entering into the realms of ‘fifthly’. And as for ‘sixthly’ – doesn’t bear thinking about.

Suffice to say, the only way a BBQ with a toddler could be more potentially dangerous would be if there were 4 starving bears in one corner, a pit of irritated snakes in another, a drunken machete juggler in the third and a box of pin-free hand grenades in the last. 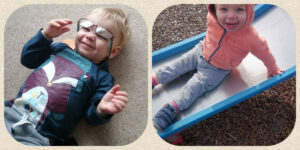 Socialising With A Toddler

Once you have arrived and assessed the omnipresent dangers, you can then hunt down the party owner and begin a very, very brief conversation. Like so:

‘Wow your garden is looking lovely’

‘Sorry. I like what you’ve done with the shed’

‘Joshua, careful with the statue. Joshua! Don’t climb on the rhino. JOSHUA! Leave the rhino alone. JESUS WEPT!!!!!!! Do not ride the rhino!!!!!’

Once you have dragged your toddler down from the rhino / wall / table / roof you can then shake hands with a few of your friends. You might as well treat that handshake as a hello and goodbye, because it’s the closest you’ll get to spending quality time with them during the BBQ and by the time you next find a second to speak to them they’ll have probably already departed.

From time to time your toddler will stroll through muddy borders and then make a dash towards the patio doors as if trying to escape from a horde of marauding zombies. You will spot him out of the corner of your eye as he sprints towards the nearest carpeted area of the house and take chase. If your toddler is anything like our one then he’s a speedy little bugger.

As you chase after him through the kitchen there’ll be burger buns flying through the sky, tables bumped in to, drinks knocked over, pensioners diving for cover as you push past them, with the sound of hips dislocating in the background and zimmer frames hurtling past.

‘Christ on a bike, Joshua not on the carpet!!!’ you will shout as you both pile into the lounge, desecrating the cream carpet with muddy footprints and wrestling him to the ground.

‘He’s a lively one!’ says one of the host’s distant relatives as they look up from the floor, wiping potato salad from their eyes. 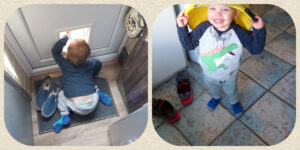 At one stage your toddler will start exploring in the one slither of the garden that is virtually impossible for a parent to squeeze along to perform a rescue. So along the back of a marquee, or the side of a shed, or under the tables. As you see your toddler scuttling along this inaccessible strip of land you will try to grab at him like a caged tiger reaching through the bars at a juicy steak with increasingly desperate lunges.

‘Come out from there please’ you will shout, more in hope than expectation. Then you’ll make some attempts at pointless threats.

Then an amateur attempt at bribery.

‘Come out from there and you can have a biscuit’

Of course your toddler will only come out when he’s bored of being in there so all you can really hope is that he hasn’t grabbed the garden shears / broken bottles / dismantled strimmer / dismembered body that’s lurking down there.

After a while you will make some fleeting and increasingly unsuccessful attempts at exerting some control of your toddler so as to show to other parents that you aren’t completely useless.

‘Sit down here and eat some pasta please little man’

‘Well OK you can walk with it if you want to’

‘Um. Throwing it on the floor is OK as long as you eat 4 bits of pasta’

‘Well I guess you did have a big breakfast so maybe you’re not hungry. Just eat 1 piece and you can have a fruit pouch’

As toddler runs off into the distance, covered in pasta ‘Good boy, you did exactly as Daddy asked’ you say, ignoring the patronising looks of the other adults around you.

At some stage your toddler will touch the burning hot BBQ lid, and other parents will stare at you as if you’ve just given him a loaded gun to play with. He’ll probably also be spotted drinking from a discarded can of Foster’s at one point. Keeping a close eye on a toddler and actually being able to prevent the many and varied disasters you can see about to happen are very different things!

It goes without saying that he’ll escape through the side gate at least once, stealthily using other guests to hide behind as he makes his dash for freedom. You’ll just see a blur of blonde hair in the distance scuttling under the legs of Aunt Maude and he’ll be gone like a rabbit through a hole.

As you race after him, half-eaten hot dog on a plate in one hand, diet coke in the other, you’ll grab his hand at the end of the driveway and have a pretty competitive tug-of-war with his arm as he clings to the recycling bin for dear life. In the end you’ll stuff the hot dog in your mouth, abandon the plate and scoop him up in your arm, him wriggling like a freshly caught salmon as new guests arrive with a look on their faces which at least suggests ‘What the fuck is going on here?’

‘Having fun?’ they amusingly say.

‘Living the dream’ you reply.

After you’ve spent 2 hours running his burnt hand under the tap / dragging him down from tables / carrying him like an oily squirrel / trying to get him to return Thomas to the boy he’s stolen it from / cleaning a carpet with a baby wipe / apologising to everyone for him stealing their food it’s probably about time to head home – back to the place where at least you know everything is child-proofed / chained down / already destroyed.

So you make a couple of hurried goodbyes, say you’ll catch up more with them next time, hug the host, grab a handful of crisps for the journey and get back to the safety of the car, secretly hoping that the weather will be so shit for the rest of the summer that you may have already successfully survived the last BBQ of the year.

It’ll be easier next year you hope, when he’s a bit older. Alternatively he might just be a bit stronger and a bit faster…

Have you been to a BBQ with a toddler? Was it super fun?!

28 thoughts on “Going To A BBQ With A Toddler”