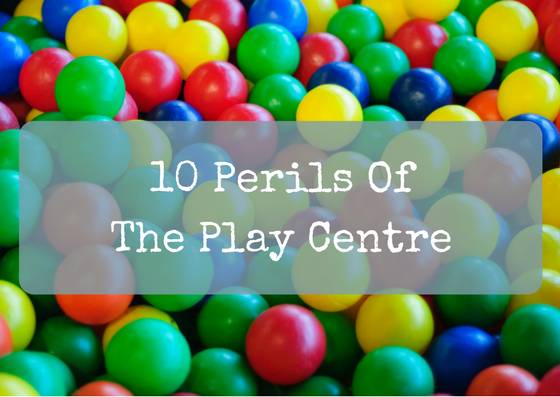 Today Mummy reached new levels of desperation and despair. After ten days of childcare within four walls, the novelty of pyjama, movie & popcorn days had ultimately worn off. It was only fair that The Terror Tots be released in to the fresh air – from the front door to the car door, and then allowed to unleash some of that feral energy that was manifesting in their strangely caged-animalistic behaviour of late. So Mummy did the unthinkable. She caved in to their cries and yielded to their yells. Mummy abandoned house and took the children to a Play Centre.

Now under normal circumstances, Mummy can just about tolerate a day out at The Play Centre. In fact, with the added bonus of a freshly toasted cinnamon tea-cake, a mug of steaming hot tea and a friend to bitch with, one could almost call the experience “pleasurable”. However, today could not be classed as “normal circumstances”. Today was a weekend first and foremost. And secondly, today it was bloody raining. Two horrors together with which, one must NEVER cross Mummy and Play Centre. Can you just imagine? “What better place to spend a rainy, weekend day?” Thought everyone in the world, ever.

But today was different. Today, the Grim Reaper (GR) had dry-cleaned her cloak and polished her scythe and at this point, in a fit of fury, could have been held responsible for anything. So today, it was with the safety and best interests of everyone in mind, that Mummy decided to risk The Play Centre on a rainy weekend. And of course to avoid a jail sentence for the crime she did not mean to commit.

But Mummy had clearly been blinded by the pursuit of fun, frolics and freedom (even if only for a measly hour) and in her naivety, she had forgotten the 10 Perils that inevitably come with visiting The Play Centre on a rainy weekend. These 10 Perils, whose message is as fearful and resounding as that of The Ten Commandments, should have been warning enough. But Mummy took no heed today. This particular Play Centre may well have served fresh milk in her tea and real butter alongside her tea-cake, but was it really worth it? I shall let you be the judge of that.

For at The Play Centre, you will almost certainly face the following 10 Perils:

It will come of no surprise then, that having spent what felt like twelve hours trapped inside the dark, smelly hell-pit of play, and having been saturated of all resources mental, physical and financial, Mummy remembered why she doesn’t frequent The Play Centre full stop, never mind on rainy weekends.

Needless to say, Mummy had never been more excited to return home to These Four Walls and the mess and mayhem contained within them. At least she could be sure of one thing: the cleanliness of her own home. There were no suspect smells, no wee on the walls and no faeces on the floor. But then again, with Three Terror Tots ruling the roost, who the hell can be sure of anything…? 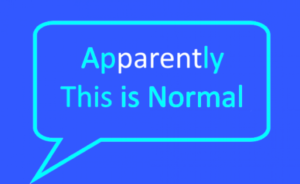