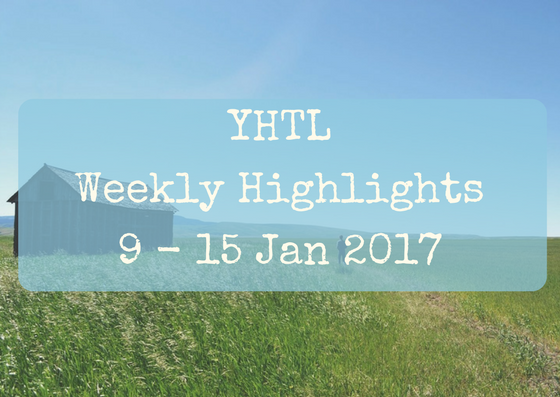 Another week has passed by with the speed of a puma here at YHTLland, and as always we’ve packed in more funny stuff than you can shake a stick at. Not that you would be particularly likely to shake a stick at a website – that would be odd. So before we start off on another week full of mirth and magic let’s spend some quality time together reminiscing about the laughs we’ve shared this week – after all, that’s what Sundays are for. Put on some comfortable clothes, pour out a large glass of something nice, grab a Freddo bar out of the fridge whilst you can still afford them and savour these glorious moments…

So You Think You’re Funny

This week’s comedy superstar in the hot seat was Kimberly from Media Mummy. She told us all about her love of homosexual horses, rib-eye steak and the Unmumsy Mum and her perfectly understandable hatred of cow-eyed devil woman Dora. There was other stuff too, but you’ll have to click the pretty picture to find out!

We had 4 super duper blog posts this week that raised a few smiles. First up was the ‘Bell From Bow’ talking about her love/hate relationship with the wonder that is Lego! Who doesn’t love Lego eh?! Perhaps if I say Lego a few more times they might send us some free stuff. Lego Lego Lego Lego.

Nope. Oh well, feel free to read this awesome post and I’ll just sit here not playing with any Lego.

Next up was the very-hard-to-type-without-feeling-the-need-to-capitalise ‘and another ten things’. To compensate for the lack of capitals in her blog title, this post was about R.E.V.E.N.G.E! Specifically what things could be inflicted on her little one in years to come in order to make up for the less fun parts of parenthood! Hopefully she wasn’t being entirely serious but having littles does do funny things to a person!

Our third featured post of the week was from ‘The Mum Project‘ – if you haven’t read it before you really should do it now because it’s really funny (and has lots of pictures – including one of Beyonce). It’s all about how mums are gangster – not much else I can say about that one really that isn’t already in the post!

Last but not least we had a nostalgic and slightly unsettling look back at Thomas The Tank Engine with ‘Mum & Mor’! At the time when we were children it seemed fine, but on reflection it was actually pretty dark when looking back as an adult! Have a read and it might jog a few memories that you may have repressed since the 80s! Be warned!!

We had a few more side-splitting belters this week, as you can see by the beautifully crafted images below! If this kind of thing floats your boat a) pop along to our joke emporium here b) take a long hard look at yourself. 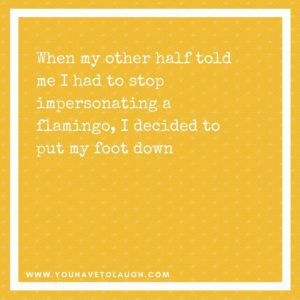 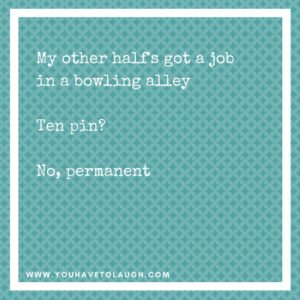 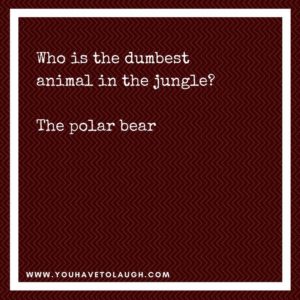 We launched our #100crappydays tag this week, designed to let you share those parenting moments that didn’t quite go to plan, for the amusement of others! We have had a few good ones already, as you can see below.

When you agree with little one to go to bed once we’ve finished Chase puzzle. Then last piece goes missing #100crappydays @YouHave2Laugh pic.twitter.com/R1mGOw7ffK

Watching telly and pretending that my lounge is not an utter shit tip… @YouHave2Laugh #100crappydays pic.twitter.com/5TckCNLPM6

The rules are simple:

You don’t need to post something EVERY DAY of the 100 days – after all it’s just meant to be a bit of fun. Join in whenever you fancy and whenever something amusing happens.

We had our weekly #YHTLchat on Thursday at 7.30pm, where we asked you all for 10 words you would use to describe parenting – here are some of your replies:

Hope everyone’s had a lovely Saturday! Thanks for joining us this week, especially our lovely #SmileSquad contributors! #YHTLout pic.twitter.com/Dnvmx06LTl

See you all next week, where we’ll have, among many other things:

Monday – An interview with Davina from MotherhoodIRL

Tuesday – a featured post from This Is Me Now

Wednesday – a featured post from Turning Up In Devon

In the interim PLEASE – I BEG YOU – check out our Twitter, Facebook and Instagram pages. OK I was being slightly melodramatic, but it would be lovely to see you there all the same. Laterz Haterz.