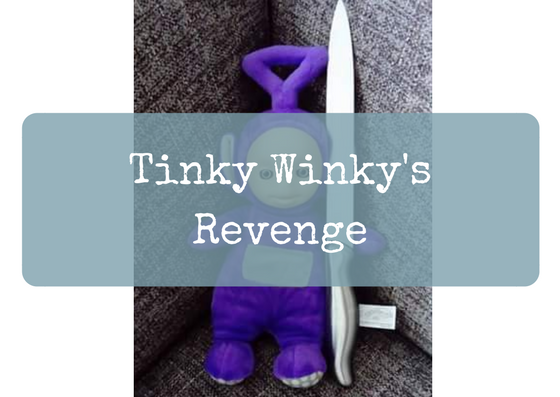 I have a confession. I HATE Teletubbies. Like with a passion. They really freak me out. I have so many questions. Like what are they? Aliens? Human experiments gone wrong? Middle aged men in suits who are having a midlife crisis? Who knows. Also why oh why do we have to watch EVERY single video twice? We get it! We all saw it the first time! Please not again again! And don’t get me started on the weird nursery/kidnap hub of tiddlytubbies it’s just too creepy.

Anyway due to my intense hatred of said coloured blobs Anna was always going to love them. That’s just how the universe works for parents. She really really loves them and it gives me five minutes to pee in peace or hide in the kitchen and eat a whole biscuit to myself so I give in and let her watch it.

She was absolutely delighted then when she was out with her lovely grandparents last weekend and they gave in to her cries for the purple teletubby and bought it for her. She has done nothing but drag it around since and squish him with very aggressive ‘hugs’. I didn’t mind him at first, he was a bit creepy and starey but she liked him.

THEN! I lifted him up when I was tidying up and he said “ohhhhhhhh big huuuugggggg” in this creepy, pervy old Asian man voice and I actually nearly dropped dead from heart failure. Nobody knew he could talk! He did not sound like the slightly less creepy Tinkywinky from TV, the label said made in China so I’m assuming they’ve just got some random Asian man to do the voice over and it’s the stuff of nightmares. I keep trying to hide him but she screams for him back.

I really fear for my life when he’s around. He just sits there… watching. So this is my proof. If I die mysteriously – Chinese Tinkywinky did it. 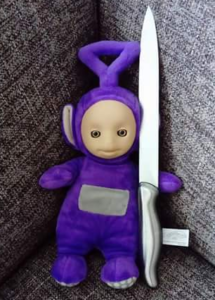 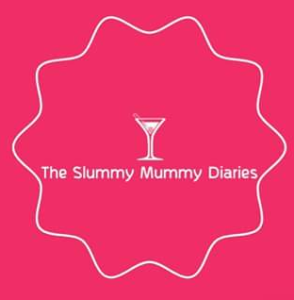