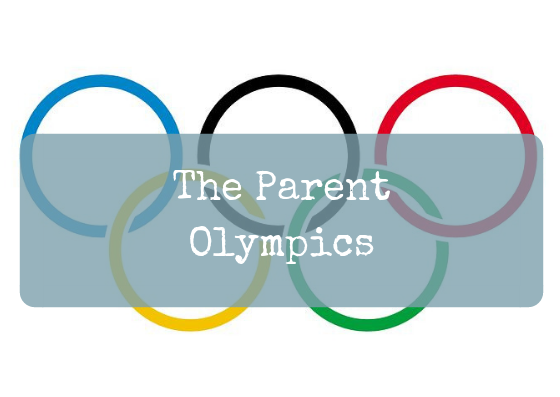 You will most likely have heard of the Olympic Games, the four-yearly festival of the very best in track and field. But have you heard of the Parent Olympics, where dualling parents pit their wits against each other in search of the ultimate prize – survival?

For the first time ever, filmed live from the houses of actual amateur parents, viewers will be able to watch parents compete in the following challenges:

Participants will see who can maintain the pretence of not being able to hear the baby cry for the longest. A crying baby will be placed into the bedroom, with the winner being the parent who can avoid caring for their child the longest.

There will be fake snoring, sneaky peeks through half-closed eyes, accidental digs to the ribs, noisy coughing and whispered name calling aplenty as competitors do battle in this epic challenge.

Here two parents will be placed in a room with a baby who has shit itself in quite simply epic proportions. The winner will be the parent who successfully avoids changing the baby the longest.

You will see unsubtle glances between competitors, questions such as ‘can you smell something?’, pretend sniffing and over-elaborate disgusted glances across the room, claims of having a cold and thus not being able to smell anything and pleads of ‘but I did it yesterday’. But who will be victorious?

Probably not the excrementally-engulged baby…

In this traditional challenge competitors will be placed in a bed next to their snoring partners. Sharp and blunt objects will be left lying around the room, as will numerous pillows and cushions to tempt the victims.

The winner will be the person who manages to avoid smothering, beating or hacking their unfortunately snorey partner to death for the longest.

The Leave Stuff On The Stairs Challenge

This challenge is all about the long game. Each day more items will get added to a set of house stairs that ideally need to be taken upstairs.

By day 10, the stairs will be so full of items that they will need to be stepped over to avoid them. By day 20, the upstairs will become completely inaccessible. The parent who shouts ‘am I the only one who can see this f*cking mess?’ and proceeds to take it upstairs will lose.

A very simple concept here, whereby a range of couples will battle it out to see who can go without sex for the longest.

Unfortunately this event is likely to span a few Olympic cycles so may become tedious for spectators.

The I Did The Washing Last Time Challenge

In this event, parents will battle it out to see who can avoid doing the laundry for the longest.

By week 4, you are likely to see reused underwear, food-stained clothing and a pile of washing that can be seen from Space as parents refuse to admit that it’s their turn to do the bloody washing.

By week 6 everyone will be naked, wrapped in stiff, crusty towels to keep them warm.

The final event in this year’s inaugural Parent Olympics is the parent blogger Challenge.

The goal is simple – to be the last parent to succumb to the pressure of setting up a blog to give a unique perspective and to reflect the warts and all life of a real parent.

Challengers will have to fight off the temptations from offers of free baby apps, letterbox cakes, nappy rash cream and beautiful high-resolution images.

The last one to set up their blog will be victorious.

It is hoped that the Parent Olympics will be so successful that the event will be repeated in the future – in every house up and down the country on pretty much every single day of the pissing week!