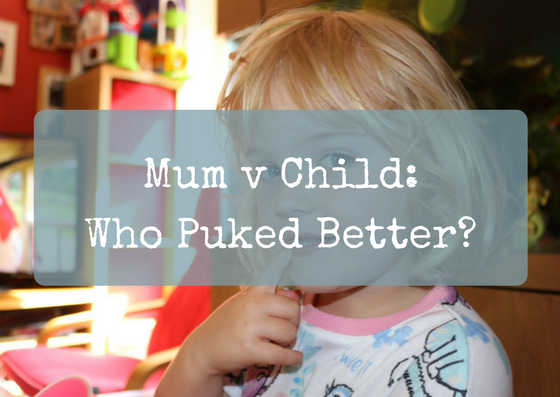 I had one night of sickness whilst in Manchester (as written about here), and then the following week the big one had a whole night of puking. Less than a week later, after a lovely day out in the park with sunshine and mostly good behaviour, the small one vomited all over the floor; everywhere. It was unpleasant. I figured he’d caught whatever bug we’d both had, or maybe got a bit too much sun and excitement.

I thought that was it, over.

Until about 10pm that evening, when I was sat down watching TV, and suddenly felt decidedly unwell. Again.

Now don’t worry, this is not going to be a woe-is-me tale about how much vomit I managed to produce (lots, it was lots) or how little sleep I had (not much at all) – although I know that would be a delight.

Instead, here is a comparison of how I cope, versus how my kids (in particular, the bigger of the two) cope with the whole puking business.

Me: Feels really, really miserable. It’s the worst thing ever, it tastes horrible, my throat is raw and it’s gone up my nose and in my hair.

Her: In ridiculously high spirits, as if staying up late is a treat even when it comes at the cost of sitting with your head in a bucket.

Me: Looks at the clock, counting down the tiny number of hours until I’ll be woken up again IF I can get to sleep in the first place. Spends a lot of time wondering how on earth I’m going to function the next day.

Her: Wants to stay up all night and talk about babies.

Me: Wants to be left the hell alone.

Her: Wants to sleep in my bed with me.

Me: Has to get up the next day and do stuff, for example make sure two children don’t die.

Her: Doesn’t have to get up because she wouldn’t be allowed into preschool even if it was on, but gets up at the arsecrack of dawn the next day for funsies.

Me: Can’t even drink water without feeling a bit pukey.

Her: Wants to eat cake for breakfast.

Me: Wants to curl up and die on the sofa.

Her: Wants to go to the park so she can go on the merry-go-round. 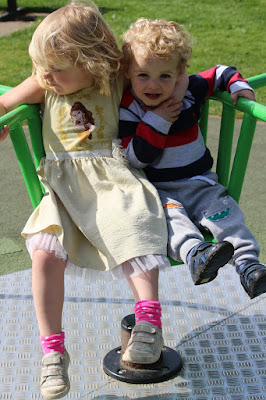 So there you have it. Being sick as a kid, basically the best thing ever.

This post is from the brilliant Fran at Whinge Whinge Wine. For more where this came from click on the image below or check out some of her recent posts below!

One thought on “Mum v Child: Who Puked Better?”