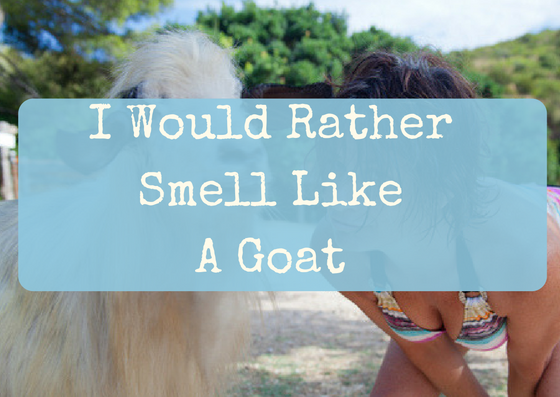 Recently the lovely Geraldine from Over Heaven’s Hill featured me on her super duper blog in her ‘In Conversation With’ series. For those of you that aren’t regular readers of her blog (you really should be by the way!!), here is that very interview in full!

How many children do you have?

Just the one so far. A little boy, who turned two in May and is awesome, even if he is a bit of a handful!!

Do you work outside the home?

Yes. I’ve worked full-time at Heathrow for the past 12 years now, which is actually where I met my other half. She still works there too, but she is now part-time since the little one came along, to help manage the childcare.

What are the most challenging aspects of managing your career and your family and how do you overcome them?

Since the little one came into our lives, work has been pretty similar for me to be honest. I’m still doing the same role and still working full-time. Flexibility has been a whole lot harder though. We both work shifts and those shifts are liable to be changed or extended depending on what is going on. But of course that is a whole lot harder when one of us needs to be at home with the little one, or we need to rope in grandparents to assist at short notice!

Before the little one arrived, I would regularly change my shifts around for meetings etc, and my other half and I would generally try to car share wherever possible so that we had at least part of the day together. Now, we generally work opposite shifts due to childcare. We rarely have whole days off together and we need to plan our combined shift patterns months in advance so that we can plan who will be looking after him on which days.

What do you do in order to maintain a healthy balance between work and family?

When planning our rosters we always try to ensure that we have a few days off together each month. Some months this is easier than others but we try to make it work. Being that we both work shifts it also means that I am at home with the little one almost as much as my other half is. So, on my days off I’ll take him to the park, or to swimming etc. It is definitely hard though when you’ve come home from a late shift at midnight. By the time you’ve got to sleep it’s really only about four or five hours before you’ve got to be up and alert with the little one, because my other half will have left already for her early shift!! It’s a bit of a juggling act…

What is the best part about being a Dad?

Everything!! Well, almost everything!

Our little one is very, very, very active, so it’s quite fascinating just watching him tearing around the house or garden, learning new things, new words and new skills. Swimming is a lot of fun together because he really enjoys that these days. Day trips are great fun, especially when we are all together as a family and those very rare moments when he actually sits down for a few minutes on my lap are perfection!! Being a dad is the best job in the world, even though the hours are terrible and the pay is shit!

Do you think its easier being a parent now than when you were being raised?

It’s just very different I think. Back then I think children had more time to be children than they do now. These days, before you even realise it, they have access to the entire world of entertainment and news. So, I think the innocence probably disappears a bit quicker now than it did when I grew up. As a parent today, I think it’s even more important to help them make the most of their childhood before they fall into the world of SATs, video games and the internet!

In other ways, technology has made things easier now, but also a lot more comparative. Now if your child comes out in a mild rash, you can Google it, get online advice, speak to hundreds of other parents about it, see photos and book a doctors appointment without even leaving the house (bed!!). Also, I think with the explosion of blogging you get to know a lot more about what other parents are going through. You quickly realise that what you and your child are going through is probably quite common. I think that can be a reassurance. On the other hand, with so many ‘perfect parents’ on Instagram, you can quickly feel that you aren’t quite meeting the standard set by those who just post all the good bits!

Also, parents have a lot more available to us now. There must a billion different varieties of baby food and nappies so it is probably easier now to keep your little one well fed and dry than ever before in the history of mankind. Even if you don’t have the time or inclination to make everything from scratch!!

Finally, he says rambling on, I think there is more pressure now on both parents to return to work. My mum was a stay at home mum until I became a teenager, because that’s what she chose to do and felt was best for me. She could do that because house prices and mortgages were a lot cheaper than they are now, so it was more possible for just one parent to work. Now, certainly for us, we wouldn’t be able to pay the bills unless we both worked, and we are some of the lucky ones who have decent jobs! So although we live in a world with more choice now and more opportunities, whichever parenting road you take is still bloody difficult – probably much like it was for my parents all those hundreds of years ago!!

What is your biggest fear as a Dad?

That I will somehow do something that will contribute to our little one growing up to be a knob. Or that something will happen to him on my watch – like falling down the stairs or running away!

What is the one thing you would have done differently as a new Dad?

I don’t think I would have done anything differently. I am where I am now because of all the ups and downs that come with figuring out how to be a dad. Although, on a technical level, I would have practiced how to use the bloody car seat before bringing it to the hospital and then having to watch YouTube videos of how to unfasten it from the base and how to adjust the stupid pissing straps.

And finally, if you could share one piece of advice to other soon-to-be-Dads, what would it be?

Just to be present and to be in the moment. All sounds a bit peace, love and harmony, but it really does go soooooo quickly. Do everything in your power to be there as much as possible for your other half and for your little one because most of the best memories that you will look back on in years to come will be about the things you do with the little ones and not the things you have done at work!

7 thoughts on “In Conversation With…Me!”