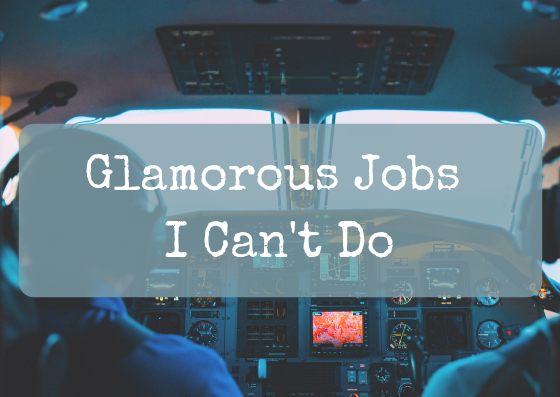 I am fast approaching middle-age, unless I die before 80 in which case – bollocks.

I like to while away time wondering what jobs I should have done had I not wasted my life in local jobs, getting drunk in local pubs and generally having the time of my life…

Travelling to foreign parts, surrounded by glamorous assistants. What’s not to love, apart from if you work for Ryanair or Easyjet – I can’t imagine there is much glamour there. I expect I would be based in Luton and would have to buy a glamorous Luton-based investment property which I would let out while I was away flying and that

People have more money than sense so I think there is probably some mileage in being a croupier. Imagine all the glamorous people you could meet, unless you end up being a bingo caller at Gala which I fear is where I’m headed. All the movies make croupiering (is that a word? Tt is now!) look super glamorous but I’m not good at counting and my attention to detail probably lets me down.

For reasons best known to Mother Nature I was not blessed with the physique for such things. I could give it a bash but looking whimsical is not in my nature and my face screws it up. Even now with the body positivity movement I seem to be too fat for thin modelling and too thin for fat modelling – where’s the fairness?

Easy enough but I cannot play an instrument. That didn’t stop New Kids on the Block I hear you cry. No, it did not, but where are they now? I can’t sing that well either but I do have a face like Mick Jagger so maybe it’s something I could aim for in a few years time.

You know, like Ray Donovan. Fixing the problems of the rich and powerful seems quite exciting. Not sure about all the murder though. Plus there seems to be a lot of backstabbing going on – literally. The amount of time spent behind bars doesn’t appeal to me either or maybe he’s just not very good at it. On the plus side he does get to shag a lot of attractive women – I need to look into this further and become bisexual.