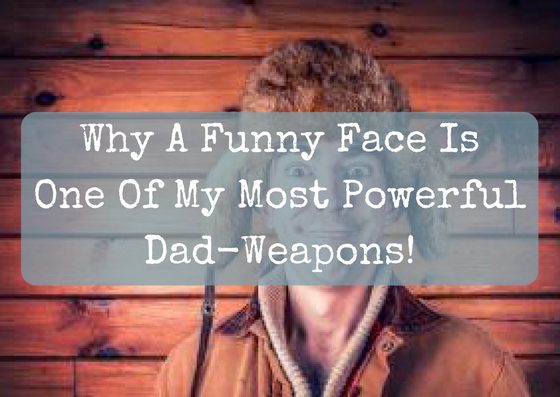 I always knew I’d be a funny-type of dad. Truth be told I think I’ve been telling dad jokes since I was about 15! What can I say – I love a little laugh, especially if it contains a lot of sarcasm. Someone once told me that sarcasm is the lowest form of humour, but the highest form of wit – they probably said it to put me off being such a sarcastic so and so…but it had the opposite effect!

Recently though I’ve discovered just how powerful humour can be in a dad context, and specifically in dealing with the Toddler Tantrums too.

You’ve heard of the terrible twos I’m sure, well, I’m not sure what happened to my son, but he seems to have skipped that by almost a year entirely and seems to be a daily source of tantrums now he’s turned three. Everything is a drama – eating, getting shoes on, even a little raised voice prompts screams of ‘you’re not being nice to me!!’

What I’ve tried to deal with this so far:

Then one day I was having a serious stare-off with him about getting his shoes on. It felt like the longest game of chicken ever…and then it just happened.

I mean a really outrageous, ‘dad is going crazy funny face.’ And you know what happened next don’t you…

He LOVED it – he started chuckling to himself, giggling the likes of I felt I’ve not heard for an age.

Two seconds later – both shoes were on, jacket on sharpish and we were all ready to hit the road.

When I reflected on it, I thought about 3 things:

I’ve done a range of Funny Faces since to break the tension at various occasions – a dinner out, travelling on the train, even getting him into his own bed! It’s fast become my secret weapon!

But dad’s aren’t just about the humour, right?

Yes, we don’t want to be portrayed as the parent that’s only about the dad jokes, that’s certainly not the only role of dads, and there’s already enough singular perception of dads in the media that modern day dads are trying to typecast out of.

But that doesn’t mean we can’t build a whole range of different traits around how we use our humour. I’d never thought of my dad humour, or my particular brand of funny faces in particular, to be such a potent weapon in the battle with the Toddler Tantrum, but here it is!

Truth be told, I don’t know where the last 3 years have gone, and I know there’s many a thing I might have done differently as a dad if I had my new-born time again. But finding new ways to inject humour to my son’s life is only an area that I want to see growing and growing.