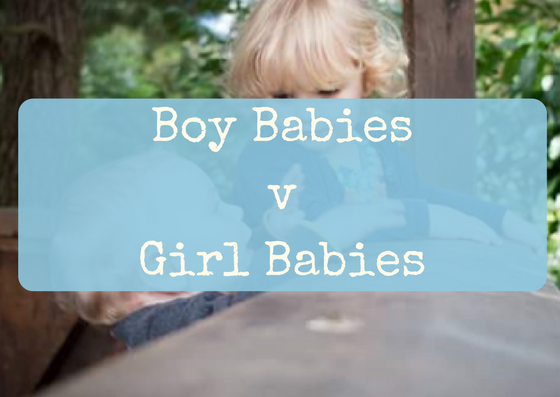 YHTL Blog
November 29, 2016November 29, 2016 joshuasdadjames
After writing this post earlier in the week about the horrific gender inequality that is the rubbish clothes available for baby boys, I thought I would delve further into the differences I have observed between the sexes.

These are, obviously, huge generalisations; as I have already pointed out, having one girl and one boy myself is not a large enough sample to satisfy the scientific method. So, please, take this in the light-hearted spirit in which it was intended* (and feel free to add your own).

Babies love to wait until the nappy is off and then go for it, something about the change of temperature I suspect. Girls flood the area, meaning a good wipe down, possibly a bath, and an immediate change of clothes for them. As I would hope you are aware, boys have a different method of urinating and they can miss their own clothes whilst hitting you, the wall behind you and possibly the stranger next to you in the baby change area with a nice warm stream of wee. Awkward.

Wow, they weren’t lying when they said boys liked to play with their willies were they? Literally as soon as the nappy comes off, the hands are down there; especially fun when there is a squelchy poo to deal with. 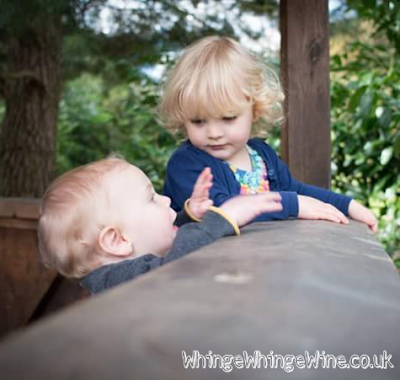 I could be imagining this because the toddler literally Never Shuts Up but I’m sure she started babbling a lot earlier than the baby, and although it was mainly nonsense she sounded like she knew exactly what she meant. Until very recently he basically just shouted. This one is actually a well documented fact – boys do start speaking later than girls. The bad news is, they catch up fairly quickly.


My daughter would always happily sit and devote her full attention to something. She can now immerse herself in hours of pretend play with tea sets, play food and dolls  The baby cannot amuse himself, for more than a minute, requiring constant entertainment (fortunately the toddler is often there to provide it!).

My daughter is, as I write, in her bedroom, listening to the Frozen soundtrack and ‘reading’ a book. Honestly, I’m watching her on the monitor. 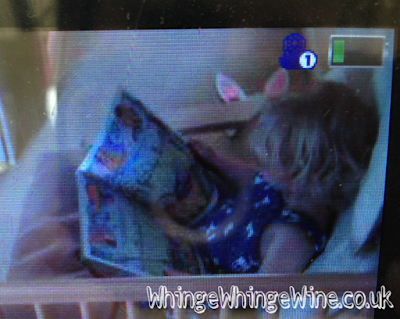 She hasn’t moved in ten minutes and is certain she doesn’t want to play downstairs. I’ve checked.

The baby has never been fond of staying still. He has two modes; crazy and asleep. Actually three if you include eating. He doesn’t do ‘sedate’ activities like playing with a toy or watching television, not even that bloody Pig. It always surprises me to see photos of my daughter at this age, sitting and smiling. There are very few pictures of my son that aren’t blurred. 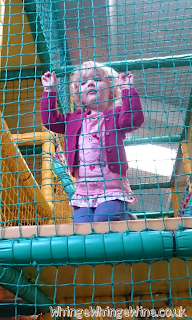 The toddler doesn’t like going down steep walkways for fear of falling; I’m fairly certain the baby would happily crawl straight off the edge of a cliff. I sincerely hope that he doesn’t, but I won’t actively discourage his bravado as I really hate having to climb to the top of soft play because, even though I told her not to go up there, my toddler has decided to do just that and she simply cannot go down the slide by herself and is crying again and everyone is judging me.

The baby may be too young to draw an effective comparison but even when the toddler was very small you could definitely see her brain working, puzzling things out. At two, she has worked out how to unlock the baby gate and the iPad, and she has a lot of questions, although they mainly come about at bed time; she has shrewd and calculated bed-avoidance plans. The baby is more likely to act now, think later or not at all.

No one can throw a strop quite like a girl and that includes very small ones. The boy shouts, the girl shrieks in an ear splitting fashion. The foot stamping is a real treat. I really hope he doesn’t pick this skill up from his sister.

9) Being a bossy boots

The toddler is what a diplomatic teacher might call ‘leadership material’. Only yesterday I was handed a plate of plastic food and treated to a rousing rendition of ‘I AM NOT BOSSY MUMMY. NOW SIT DOWN AND EAT YOUR LUNCH! RIGHT NOW’. Yes m’aam. I obviously have yet to see how this pans out for the baby but I can’t imagine he’s going to get the opportunity to be bossy with her around.

Food, toys, whatever really; the heavier or messier the better. The toddler had a plate with food on it at every meal time and she never used to upend it or throw it across the room. I was, I now realise, very spoilt there. I think the baby enjoys the motion. Or maybe the sound. Or maybe he just really enjoys watching me pick stuff up off the floor.

*As a student of psychology (some er… ten years ago. And the rest) I have actually got a book on the differences between the sexes in terms of their brains. I dug it out as I thought it might be a good place to start, but when I read that the male brain is bigger than the female brain and this could imply superior intelligence I realised it must be very out of date and quickly burned it. I jest – of COURSE it actually said that this ‘theory’ had been debunked. But it did confirm that by a year old, there were notable differences between the sexes and that, on average, boys prefer trucks to tea sets. They are easier to smash against a wall after all.

This post was first published here. You can read more from Frances on her blog, Whinge Whinge Wine or by looking at her most recent posts below.