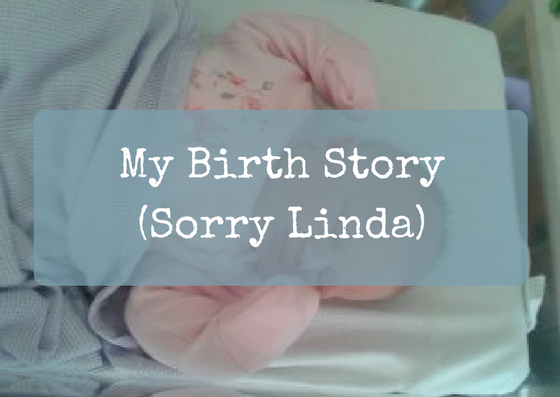 
Soooo, we’d bought all the gear, filled the freezer with batch-cooked goodness and packed the hospital bag. I’d completed my birth plan  (‘ALL THE DRUGS PLEASE!!’ underlined several times), and dutifully attended the antenatal classes. We were officially ‘READY’.

Twas the night before my due date and I was so impatient for everything to just START. As far as I could tell, there was naff all happening; no ‘show’, no ‘drop’, no twinges, absolutely nowt. So, I made one last attempt to speed things along with a lip-burning chicken madras from the local Indian, and resigned myself to another week or so of waddling about covered in coconut oil feeling sorry for myself.

Fast-forward to my regular 2:00am toilet trip, and it turned out that the baby books had massively understated the whole ‘slow trickle of fluid’ waters-breaking malarkey… I could easily have hosed down a burning building with my lady bits if the need had arisen! I shouted for J, who took one look at the carnage unfolding in the bathroom and felt that now was a really good time to point out what a waste of money that mattress protector we bought was…

THIS WAS IT! I couldn’t believe it was finally happening; we were actually going to meet our little girl. Now for the long wait whilst the contractions slowly built and we moved closer and closer towards the pointy end of labour….

From the get go, my contractions were coming every four or five minutes, and they absolutely floored me. I couldn’t believe it; I’d done my ‘One Born Every Minute’ research – where were those precious hours of idly flicking through magazines gasping at the latest celebrity nose job and bantering with my loved ones? I felt cheated. And nauseous…which was the point at which we were reunited with the chicken madras, and my husband was suitably punished for the mattress protector comment.

We called the hospital and the lady at the desk (let’s call her Laid-back Linda), advised that it was all absolutely normal and there was no point at all in coming in until at least 9:00am, as I wouldn’t be anywhere near ready for the next stage yet.

At this point, I was convinced that I was the biggest wimp in the universe for finding it so tough-going already, but battled on for another hour before demanding that J check back in with the lovely Linda:

“Have you tried paracetamol?”
J – “Doesn’t really seem to be doing the trick Linda…”
Me – “Yes Linda, it’s on the f*cking floor, in a pool of regurgitated madras, so unless the spicy spew fumes currently engulfing the bathroom have magical medicinal properties, it’s unlikely to hit the spot…”

“How about a warm bath?”
J – “She says it’s not really helping Linda…”
Me – “Ahhhhh tepid water…are you actually sh*tting me Linda? What do you do if someone breaks their leg; stick it in a sodding bucket and watch their troubles just melt away???”

“Could she try a different position?”
J – “Actually she does seem a bit happier in this one Linda…”

(Just to be clear, I wasn’t actually allowed to talk to Linda (a wise move on J’s part), and I’m reasonably confident that she couldn’t hear me… also, Linda was obviously a perfectly nice woman just trying to do her job, but in my head, she was the gate keeper denying me entry to the place where all the drugs are kept, so basically Satan…)

Anyhoo, we (I) elected to completely ignore Linda and set off to the hospital at around 5am, a 20 minute joy ride of alternate vomiting and mooing  (I have no idea who told me that mooing helped, but it genuinely did!!).

We arrived and they gave my nether regions the once-over to see how things were progressing; it turned out that I was already 8 centimetres dilated (“Get Linda in here RIGHT NOW, I want her to SEE this” ) I immediately feel much less wimp-like.

And then, at long last, it was time for the gas and air…

That stuff is bloody amazing!!! Suddenly, the contractions were bearable; I was coping, I was able to hold conversations again, I was actually doing it – One Born Every Minute stylee! I even called a few friends to update them on my progress; I can only imagine what they made of being woken up at stupid o’clock by someone COMPLETELY off their tits on laughing gas, who kept cutting them off mid-sentence to moo…

Before I knew it I was fully dilated and ready to push – I was elated, we’d be home by lunchtime at this rate!!

She’d turned. I pushed and pushed for hours to no avail – I hit the wall, and I felt like a complete failure; was this my fault for not sitting in the right positions for the last month, had she heard me berating Linda and decided to crawl back to safety?? But somehow, I kept finding one extra push, every time. Finally, with a bit of help from a ventouse, Miss O arrived at 1:32pm; eight pounds three ounces of squishy gorgeousness. She was perfect. My husband, who hadn’t shed a tear the entire time I’d known him (I almost stomped back down the aisle again at our wedding when he failed to break down appropriately at the sight of me) was in floods; we had ‘the moment’.

This was swiftly followed of course by the realisation that I was absolutely shattered, overwhelmed, and a bit of a fecking state to be honest. Ordinary things like a hot shower and buttery toast were suddenly elevated to sheer bliss. I felt a wave of panic when J had to leave the ward for the night – an actual person had spent the best part of a day cannon-balling their way out of my uterus – and now I was on night duty as well?? Thankfully, the nurses were fantastic, stepping in when my fumbling fingers failed me on my first nappy change and whisking her off for a couple of hours so I could finally get some sleep.

And when I woke up, there she was, and we were alone together for the very first time. I think that was when it hit me that I’d actually done it, I was someone’s mother.

So, did I take anything away from this experience, besides Miss O and the fact that Linda probably deserves a medal if that’s the kind of crap she has to deal with every day?

Well, it certainly wasn’t the birth I planned or hoped for, but I think a lot of people feel like that. I know that one of my friends who had a caesarean felt somehow ‘lesser’ because she hadn’t gone through the whole contractions/pushing experience, which is of course nonsense. But luckily the outcome WAS everything I’d hoped for, and it’s strangely true that whilst I haven’t forgotten what flipping hard work it all was, I can no longer remember how those contractions really felt, even though at the time I thought they would be permanently etched into my soul…

And, I can honestly say that the thought of giving birth again certainly wouldn’t put me off having a second one. However, I can’t promise the same applies to the sleepless nights and poonami nappies that swiftly followed … 😉


This post was first published here. For more from Pass The Wine Please click on the image or any of the recent posts below! 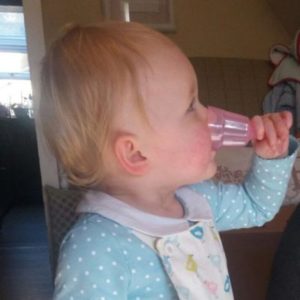 One thought on “My Birth Story (Sorry Linda)”