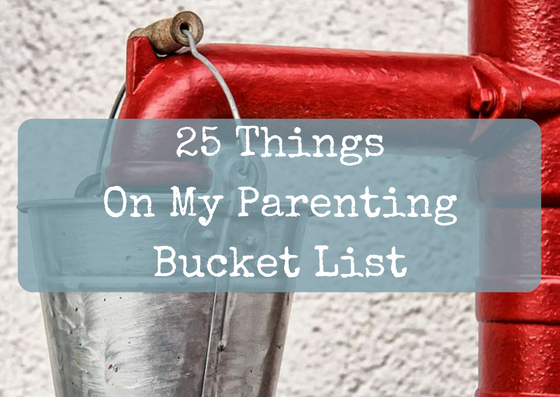 Some people want to swim naked with crocodiles or tandem skydive from a jumbo jet or bungee jump from a skyscraper before they kick the proverbial bucket. However, for a parent of a small person these things are probably on the back burner at the moment!

My bucket list includes things I would like to achieve before our toddler reaches school age. They are less dramatic, but no less unlikely to ever occur. They are as follows, in no particular order:

I know it’s unlikely that most of us parents will ever achieve these stretching goals, but if we all reach for the moon, we may just reach a star one day!

What’s on your parenting bucket list? And what are the chances you’ll ever achieve it?