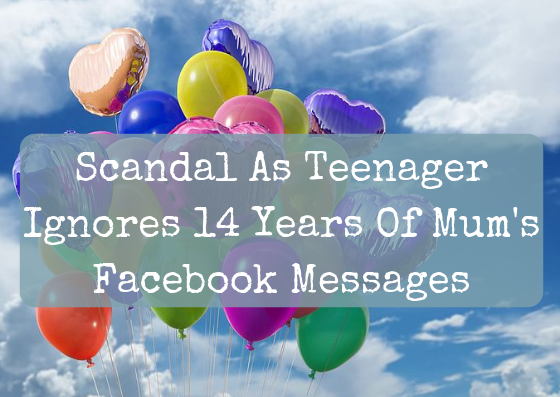 A parent has expressed her dismay and heartbreak after her 14 year old son ‘completely ignored’ her previous 13 years of messages to him on Facebook.

Mum of four, Marion Denrun, claimed the boy, who signed up for his first account on his 14th birthday, had made absolutely no effort to plough through the past 13 years of his mum’s timeline to find the numerous heartwarming messages she had posted about him.

‘I’m not sure he uses his account much, as he hasn’t yet accepted my friend request, so that might explain why he hasn’t reached out yet’, explained Marion.

‘But even if he didn’t care that much about the poem I posted for him on his 3rd birthday I thought he might have at least put a heart emoji on the meme I posted for his 4th birthday and definitely on the photomontage I shared on his 6th birthday.

I know it might sound ridiculous but sometimes I think that maybe I should have just wished him a happy birthday in person and told him how great he was at the time rather than posting it on Facebook.’

When asked for a comment on the situation the boy explained that his mum was ‘such a dick‘ and should ‘knit a jumper or something‘ rather than ‘piss about on Facebook like a twat‘.