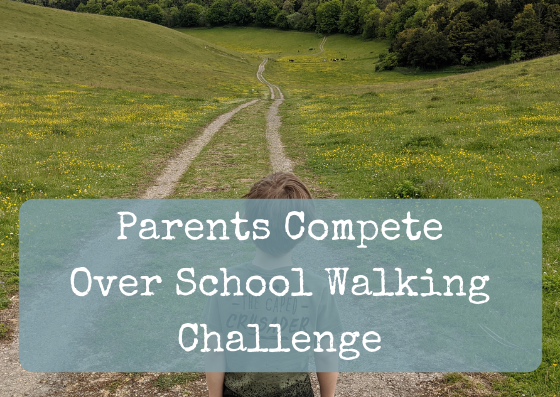 A school Facebook page has turned into the epicentre of one of the most competitive, cut-throat battles of all time as parents compete to see which child is the most active during lockdown.

To encourage kids to stay active during lockdown, one of the teachers at Cedar Wood school set a challenge to see how many miles their class could walk or run as a group in total.

At first, all was well, with a couple of parents reporting that their precious little ones had walked 1 mile and 2 miles respectively.

The next day however, things really started to kick off. It started innocently enough when Basil’s mum posted to the group that he had walked 1.5 miles.

Within minutes, Sandy’s mum claimed that Sandy had walked 2 miles. Four minutes later Mitchell’s dad posted that Mitchell had walked 2.5 miles. Then Tiffany had apparently strolled to an impressive 3 miles. This was all before 9am on Thursday morning.

Tyson’s mum then pitched in with 3.1 miles and Billy reportedly outdid Tyson by hitting 3.115 miles, with a 115 metre incline. By midday, Margaret had run 4 miles with 2kg weights attached to each ankle and Steve had hit the dizzy heights of 4.1117 miles whilst carrying a rucksack weighted with lead.

Stacy apparently managed 5 miles by 2pm, despite having broken her leg a couple of weeks before and being in a full length plaster cast. By 3pm, Mark, who failed to complete 1 lap of the 50 metre school track on sports day 2 months ago, had notched up a solid 6 mile sprint in just 31 minutes.

Dave’s mum gave a more sensible account of her son’s exploits, when she claimed he had run 3 miles. Albeit her reporting that Dave was chasing an armed fugitive at the time and dodging gunfire whilst also crocheting a new raincoat for the class beaver did cause some suspicion.

By the end of Thursday Beaver Class, with its 30 pupils, had apparently walked or run the equivalent of 42 marathons in the two days of the challenge so far. Concurrently, Mason had created a vaccine for COVID-19 using his Explosive Experiments set, Belle had learnt the entirety of the Mandarin and Latin languages from BBC Bitsize, and Colin had negotiated lasting peace in the Middle East.

The world waits to discover what the 5 and 6 year olds will achieve during week 7 of homeschooling.