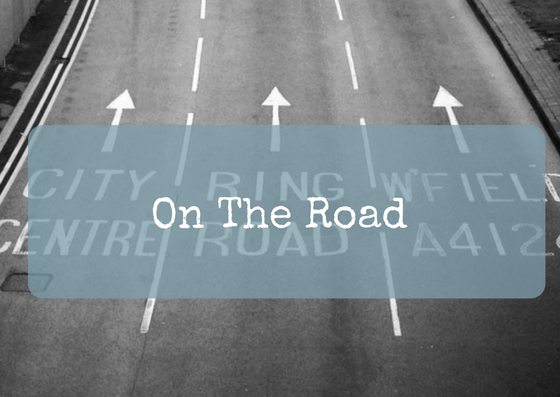 I’ve been a dad for a bit over four and a half years. I don’t yet qualify for veteran status, but I have just about enough miles on the clock to sneak into the lower end of “experienced.”

If parenting worked the same as paid employment, I’d be applying for promotion or at least hoping for a pay rise by now. Being a dad who is a civil servant, the chances of getting either are slimmer than Victoria Beckham in a house of mirrors. (Thanks, the government.) Additionally, the only home-based promotion that I’m aware of for a dad is to grandad, which can most definitely be filed under “too soon.”

Be it work or parenting, just when you think that you have it sussed, there’s a howitzer just around the corner ready to bowl a googly that pulls the rug out from underneath you, to overly confuse metaphors.

Now, you would think that the well trodden path to Wales, for a family 90th birthday celebration, would be a piece of (birthday) cake. But no. Let me explain.

Issue one occurred after breakfast when our eldest’s party dress was found to be substandard as it was apparently “not twirly enough.” Give me strength. This was further complicated when our youngest decided that he too wanted to wear a twirly dress, just like his big sister. Of course you do. Having eventually calmed everyone down and got them dressed into their pre-allocated clothing, it was time for the important last minute preparations.

This was to be the first longish journey since potty training began for the boy. A few weeks in, we are seeing variable results and may as well flip a coin to predict if there will be any accidents or not. Heads, dry all day. Tails, you’re mopping up a puddle in the bread aisle at Sainsburys.

Thinking ahead, I restrict fluid intake at breakfast to (hopefully) see us dry for an hour and a half in the car. We have six changes of boy’s clothing packed to take with us just in case as we’re not completely stupid.

We decide that we shouldn’t need travel medicine as it’s not that far a trek, but grab the spare potty. After five unsuccessful minutes spent trying to find the elusive “hidden wee” before we go, we’re off.

Predictably, we don’t make it from Tettenhall to the M54 before the little one is sat filling his potty in a drizzly lay-by. On a positive, at least we could pull over, at least it’s in the potty, and we should now be fine for the rest of journey.

Thinking it wise to take the A41 in case of further unscheduled stops, we make it to the Truck Stop at Whitchurch before pulling over again. Another stop, another potty filled. In about forty minutes we’ve disposed of at least three pints of waste fluids from the 100ml of water that went in at breakfast time. I consider ringing Norris McWhirter but decide against it as nobody will know what I’m on about.

While I clean up, mum stretches her legs and those of our daughter who has suddenly decided she has a poorly tummy. Poorly tummies normally mean “bored of travelling.” Being super organised, we have an old ice cream tub in the footwell that doubles as an emergency sick bucket. We’re halfway there, so it shouldn’t be needed but better to be safe than sorry.

We head off again, making good progress. At about fifteen minutes from the finish line, I notice a muffled belching sound coming from behind me.

“Are you feeling sick?
Do we need to stop?”

There’s no reply, so I quickly glance round…

Pulling over, I turn around to see a dual yoghurty waterfall descending from its source on top of the closed tub. Down and down it pours. Onto the car seat, across the not-twirly-enough party dress, and down into the footwell. Lovely.

We start the preliminary clear up and something suddenly dawns on me. Guess who we haven’t got a change of clothes for? D’oh!

Eventually arriving at Nana’s, I call for the now customary bowl of disinfectant and cloth while the soiled clothes start a quick cycle in the washing machine.

As usual, there’s no real harm done, more a series of minor mishaps to be dealt with, which reminds me of a fitting quote from the philosopher Aristotle to finish this week’s post off.

“The ideal man bears the accidents of life with dignity and grace, making the best of circumstances. Then blogs about it. Or something.”

This post was first published here. For more from Babysitting The Kids click on any of the images below or on the link above.