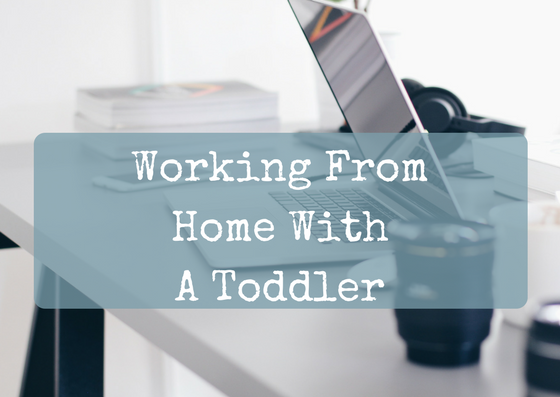 Raising a small person is fraught with danger

From the moment you conceive all the way through to the day they move out of home – which these days tends to be about the age of 40!

During pregnancy you can’t eat or drink 95% of the nice things that exist in the world for fear of damaging your unborn bundle of joy. Even prior to that, the act of conception can itself be pretty risky, depending on how securely attached the chandeliers are to your bedroom ceiling. Potentially you could also slip a disk or pop a hip depending on how vigorously you were partaking in the conception-based activity in question!

Once you have shot your mini-miracle out of your nether regions – an act in itself not without danger – you then have the ‘thrill’ of trying to stop your newly acquired squidgy ball of joy from falling off things / eating things / sticking their fingers in things. If you’ve managed to keep them damage-free by the time they become toddlers, give yourself a pat on the back and then resign yourself to the fact that pretty much every day from then on they will manage to do themselves damage at every possible opportunity, despite your very best efforts!

At some stage along the line of destruction and disaster to toddlerdom there’s a fair chance that you will probably have either returned to work or started doing something from home that brings in some dough. Either way, you will probably have experienced at some stage the joy of the office environment, be it in the plush surroundings of a major business or huddled under the stairs with a laptop at home.

Personally I’m doing both, combining full time work with full time parenting and full time blogging. In my spare time I perform with an elephant in a circus and in my lunch breaks I fly solo missions for NASA. But for now, let’s focus on the office environments…

If you’ve ever worked in a ‘proper’ office you’ll know that they can range from the immaculately modern Minority Report-esque palaces to the crumbling 60s concrete hell holes with broken tables, armless chairs, mice dashing around and strange liquids dripping from the ceiling. Sometimes a successful day will be defined by the fact that you’ve managed to come home unscathed by the whole thing, as in some workplaces the concept of office safety is about as alien as the ugly brown thing that popped out of Sigourney Weaver’s tummy. I’m sure there are 100s more that you’ve experienced, but at least in a proper office you can blame someone else if something goes wrong. You also have some lovely colleagues there to chat to in order to avoid going slowly insane. However, the same most definitely cannot be said of working from home…

(AKA Working From Home!)

Whether you are sat at home making a few quid from blogging / writing 1000 words in exchange for some toilet roll, stuffing envelopes, heavy breathing down the phone to strangers, book keeping or writing a book you probably spend a lot of your time at home working away on the sofa, at the dinner table or in a confined nook / cranny (what is the difference between a nook and a cranny?!). This may be all well and good (if a little uncomfortable) by itself but if you throw deadlines, conference calls and a non-compliant toddler into the mix you’re suddenly on a very direct path to abject misery! Here are my ‘favourite’ 5 things about working from home with a toddler:

Even if your incredibly well-behaved toddler has been as quiet as a mouse throughout the morning, playing in an angelic manner with their building blocks whilst watching a bit of Peppa Pig, the very second you type in the access code to start your conference call they will suddenly crave attention like a love-sick teenager. Even if they manage to remain quiet during the parts of the call where you have the phone on mute, they will suddenly spring into life as soon as you need to speak. ‘DADDY, I NEED A WEE!!!!’, ‘DADDY, WHO ARE YOU TALKING TO?!’, ‘DON’T TELL ME TO BE QUIET, DADDY!’

Unlike the safety inspected furniture at work, the ailment that manifests itself after a few minutes of typing away on a laptop, whilst lying awkwardly on the floor being crawled over by your beloved toddler.

3) The Ability To Concentrate

More specifically the fact that there is zero chance of doing so! As much as you would love to immerse yourself in the flow of what you are writing about, letting the words skip from your fingers like a gazelle leaping through the woods, you instead have a train of thought that stops at more stations that the service from Reading to Waterloo.

You’re putting together an epic PowerPoint presentation, with more graphics and swooshy animations that you could shake a stick at. You. Are. In. The. Zone. Suddenly, the theme tune for Justin’s House comes on and you ever-so-slightly die inside. Then you start getting irritated by Postman Pat’s incompetence. Then you ponder what the creator of the Tellytubbies was smoking when he devised such a pile of gash. Just when you think you’ve managed to keep on track with your proposal, suddenly all hope goes flying rapidly out of the window. It’s the complete deal breaker and you are powerless to resist it. It’s MADDIE freaking MOATE and suddenly you have become so engrossed by how the water slide at a swimming pool actually works that all hope of concentrating on your presentation has gone. ‘Daddy, I love watching Maddie.’ ‘Me too, son. Me too.

The proximity to your own fridge is a major issue when working from home. If it’s not your toddler asking for cheese / oat bar / yoghurt / toast every five minutes, it’s your own stomach!

So there we have it.

Working in a proper office can be a challenge at times, but working from home with a toddler is akin to trying to walk a tightrope, which has been greased with lard, without a stick, in front of 4000 people, above a pit of tigers, wearing a blindfold, with no legs.