If, like me, you read parenting blogs or write parenting blogs you probably noticed that it was Mumsnet Blogfest yesterday as it’s pretty much all that anyone was posting about on social media.

Before I talk a bit about how it went, just a quick message to say that as I wasn’t sponsored to go to Blogfest then if any companies want to send me some money through the post in retrospect then I’ll happily Photoshop your product into any of the photos in this post!!

Anyway, let’s go into excessive detail about everything . Starting with why I decided to go…

After all, I’m not a ‘mum blogger’ per se, as those of you that I met yesterday will probably have spotted. However I am a parent blogger, or pblogger as they say on the streets, and Mumsnet isn’t just for mums so why not go along, see what it’s all about, meet some of my online friends and hopefully pick up some tips to make my blog less gash? And given that Maddy from The Speed Bump was trying to sell on her ticket it seemed too serendipitous not to take advantage!

Blogfest was held near to Kings Cross in a venue I’ve been to before with work. Similar to that last visit it was pissing down all the way there and determined as I am not to learn from past mistakes I didn’t bring a brolly on either occasion! Bell.

I’m never a massive fan of turning up to a place full of hundreds of people I’ve never met before, especially when sober, but fortunately bloggers are generally pretty friendly types so I quickly found some people to chat to, including Sarah from Mumzilla and Claire from The Pramshed.

Being a Mumsnet event it was probably around 99% mums in attendance, which is quite a change from most non-blogging events I’ve been to where it’s 50/50 or predominantly male.

The first session was about the rise and success of women online and it was really interesting to listen to the excellent and engaging speakers like MP Jess Phillips and comedian Shappi Khorsandi but probably not something I could take much away from in practical terms. I didn’t think too much about the audience being referred to as mums / ladies / women and the occasional jokes made at dads’ expenses during the session, but the number of people that came up to me afterwards to ask me if I felt awkward during it made me think about it a bit more!!

Fortunately one of those people was Carrie from Flying With A Baby who happened to be close friends with, and former neighbour to, two of my good friends. After a bit of a chat we worked out who each other were – weirdly I had only been chatting with our mutual friends a couple of weeks ago about the fact that their friend was a blogger and how funny it would be if we met at a blogging event! Small world!!

Looking back it was an odd choice to have as the first session because it’s the one that every attendee has to go to – and given that the one thing we all had in common was blogging you’d assume the mandatory session would be about blogging rather than being specifically about women online, given that we aren’t all women!

The next session was about writing and publishing a book, aimed at all of us that feel like we have a book inside us. The advice I took from that one was that if you want to write a book, crack on and write one, because the only difference between an author and a would-be author is that an author has written a book!!

It was interesting to hear about the journey of different authors, but for us The Unmumsy Mum was probably the most relevant given she started off with a parenting blog. She also had the most pleasant sounding journey – get a Facebook message from an agent one day out of the blue – get another one from a publisher the next day – write a book – drive sports cars. I may be paraphrasing but it sounded more fun that getting a Masters in creative writing and learning their craft like the other panel members!!

Interesting session, but again probably not much actionable stuff to take away – apart from write a book if you want to and contact some agents.

On to lunch. Veggie mini-wraps and fishy balls. Not much more I can say about that! If you like fishy balls you’d have been golden. Had a nice chat with Franca from A Moment With Franca, Emma from Island Living 365, Tim from Slouching Towards Thatcham, Terry-Ann from notaneffingfairytale and Kimberly from Media Mummy who are all as lovely in real life as they are online. Kimberly and I doing our pelvic floor exercises. Obvs.

After lunch and back to action! First up I went with Kimberley to see the Scummy Mummies perform a few minutes of comedy, dancing and pelvic floor exercises. Pretty funny as always, and they mentioned the fact that there were some dads there, so bonus points for that!

Tried to take a photo, which Kimberley’s posh new camera randomly turned into a freaky video, then headed off to see the comedy writing session.

There were a few big names on stage for this one including Meera Syal and Kate Thornton, along with top blogger Katie Kirby from Hurrah For Gin. All very funny people and great to listen to, but comedy is not really something you can teach so in terms of practical benefit there wasn’t too much to take away. I’ll just stick with my normal rubbish and hope someone laughs along the way!

Off to a session on the more technical side of blogging next and this was definitely my most useful session. It wasn’t aimed at mums like the other sessions were, didn’t take the piss out of anyone and was actually practically useful! I’m planning my long tail keywords as I’m typing this!! Was also interesting to hear the experts’ advice about follow links – it’s your blog so if you need the money and aren’t too worried about your Google traffic then go for it was the general theme! The talk clearly worked as this post has a green light for SEO on Yoast and that, my friends, is one of my greatest life achievements so far!!

The final and non-optional session was about finding your writing voice – basically write about what you feel is important, don’t back down and don’t be afraid. Miranda Sawyer was one of the panel members for this one and I’ve been reading her writing since the days of Smash Hits magazine, so again it was an interesting session to listen to, although as standard for the day it was quite female-focused.

Davina McCall came on next to deliver the final part of the day – she spoke a lot about gratitude and about noticing and appreciating the small things in life. For a parent blogging event she pretty much nailed the theme, the spirit and the passion without excluding anyone listening. Top job! She also introduced the 4 awards for this year, including the first ever Comedy Writing award which went to my blogging buddy Fran from Whinge Whinge Wine. Completely well deserved (even if the prize was just a bag of flowers!!) but let’s hope the fame doesn’t go to her head and she still remembers the little people…

To finish the conference part we necked some Prosecco, Mojitos and Sex On the Beach in the drinks reception, between chats with Laura from the Unsung Mum, Sam from Mouse Moo Me Too, Suzanne from Another Ten Things, Dawn from Rhyming With Wine and Gemma from Colley’s Wobbles among many others. Not sure I quite drank enough to cover the £75 ticket cost but think I came pretty close!! Thought there might be more nibbles than a bowl of nuts but life goes on!

Once we’d cleared out the free drinks it was off to Giraffe for dinner, with the lovely Fran, Claire, Beth from Beta Mummy, Danielle from Someone’s Mum, Nicole from The Mum Reviews and Leanne from A Slice of My Life Wales. Brilliant time had with some really top people – and always such a relief when you meet people in real life that you think you’re going to like based on their blogs and social media and they actually turn out to be awesome in person too! And not one axe murderer or troll in sight!!

After dinner all that was left was the tortuous journey back home to Reading which somehow took 3 hours, including a short tube ride and never ending train! Here’s award winning blogger, Fran, PR friendly to the very end, even when pissed!

So would I go again to Blogfest next year? Probably not! At least not for the content and the price paid for it.

It was probably perfect if you wanted to hear discussions about representation, what arseholes some men can be and get some high level discussion about things that blogging can lead to. But if you’re there for practical advice and tips about your blog there are probably better events to attend instead.

I didn’t go there with any particular intent aside from meeting some of my blogging friends, so anything else was a bonus. I loved meeting new people, loved seeing the awards presented, loved the talk about SEO and loved Davina. To be fair I also loved the ‘free’ drinks. But the rest wasn’t really aimed at me as a Dad blogger so I didn’t get much from it as a result.

It’s a tricky balance to find for the organisers I think. Clearly the audience is always going to be predominantly female – after all it is MUMSnet. But if you’re going to ‘include’ dads then it would seem logical to refer to the viewers as ‘parents’ rather than ‘mums / ladies / women’.

It would be similar to inviting penguins to a parrot convention and then only putting on discussions about flying and human voice imitation, addressing everyone as parrots and talking about how horrible penguins have been to parrots over the past hundreds of years. Probably.

Fortunately all the parrots were lovely and I had a great time!

Going forwards Blogfest might need a refocus for next year – either just make it mum bloggers only and focus on those specific issues, or make a concerted effort to encourage all parents to attend and plan the topics accordingly so that it feels really inclusive.

Perhaps keep the excellent female-focused sessions but make them optional so that others can attend a more generalised blogging session instead rather than making everyone attend a session that is very much aimed at one gender? Either way, given this year there were only maybe 5 or 6 dads that felt comfortable enough to go and virtually all have said they wouldn’t go next year it clearly didn’t quite hit the mark for some of us… 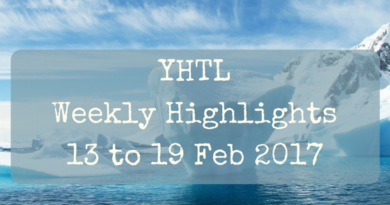 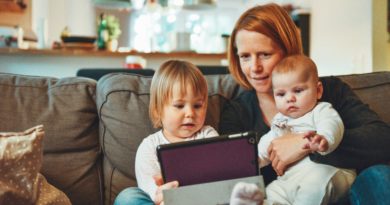 Parenting ain’t what it used to be (thank goodness)