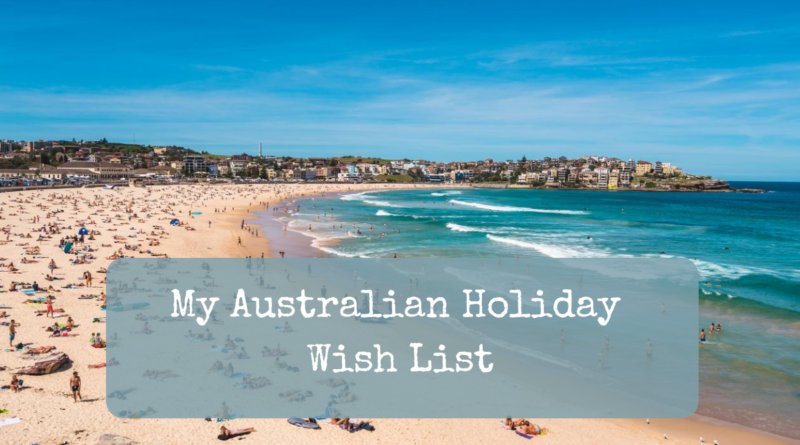 One thing I’ve always been a bit envious about my other half for is that she’s been to visit Australia and I haven’t! Admittedly it was long before we met, but it’s still the kind of once in a lifetime experience that I would love to have one day.

As it’s quite a journey, I would want to experience as much as possible while I was out there on my Australian holiday. A few days of relaxing in the sun on some of the amazing beaches would be fine, but I would also want to tick a lot of things off my tourist wish list, getting out and about in my classic Aussie Blundstone boots. Here are a few bits that have caught my eye, some more famous than others.

No visit to Australia would be complete with taking in probably the most famous landmark in the country and one of the most iconic in the world! It’s on UNESCO’s list of world heritage sites and is surrounded by water on 3 sides, with the Royal Botanic Garden on the fourth.

Aside from its stunning aesthetics it houses theatres, studios, a concert hall, rehearsal and reception rooms, restaurants, and a spectacular open-air forecourt overlooking the harbour and city. Pretty impressive!

The largest steel arch bridge in the world, Sydney Harbour Bridge is another of the most famous landmarks in Australia and indeed the world as a whole. Offering stunning views over the harbour it was constructed in 1932 and spans 500 metres – well worth a view and a few photographs!

Personally I love a good water park, and with the blistering heat in Australia it’s pretty much an essential part of any visit!

Probably more well known as Ayres Rock, Uluru is another landmark that is well-known around the globe. Based within Uluru-Kata Tjuta National Park, Uluru is sacred to indigenous Australians and is thought to have started forming around 550 million years ago. Standing at just under 350m high, it’s recommended to visit at sunrise or sunset for a spectacular sight as Uluru transforms from ochre to burnished orange and intense red.

If Uluru and the Northern Territory generally is on your visit list, it’s also worth an adventure across country to Alice Springs, where you’ll find lots of amazing things to see including a wealth of nature within Alice Springs Desert Park.

It’s home to array of unique and stunning animals, such as kangaroos and dingos. At certain times of year desert rivers run through and here you can find an incredible variety of animals including parrots, cockatoos, honeyeaters, kingfishers and owls. Like many areas in Australia it’s a unique environment and well worth a visit.

One of the world’s most famous beaches, Bondi is well known for its golden sands and quality surfing. But there’s a lot more to it than that, with a diverse range of shops, restaurants and cafes just a short walk from the coastline!

Besides the many, many things that will catch your eye that you would like to visit in Australia, you might also love to take your car to the famous Brisbane Car Wrap Specialists for a car wrap to prepare for your journey around this amazing country.

There’s so much to see and do across the whole of Australia that no one trip will ever be able to take in everything. But hopefully if and when I do get to go in the future I’ll be able to at least tick off a few of the options above. But for now I’ll keep trawling through the internet, looking at options of things to do in Australia and planning for when that day finally comes…