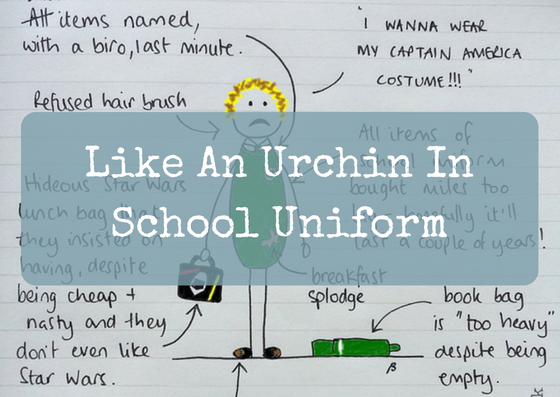 My original Feral Child, FC#1, has his first day at school next week.  Determined not to start his/our first ever school year term as a totally incompetent, useless, disorganised Beta Mummy, I have taken steps to shuffle at least a little way along the Alpha/Beta Mummy Spectrum.

You know how it’s gonna go though, the first day…

Alpha Mummy’s child looks like a model from the John Lewis uniform catalogue.

Beta Mummy’s child looks like a street urchin who has stolen some clothes off a washing line.

I may be a Beta Mummy but I am determined that FC#1 will look vaguely presentable for his first day at school… Or at least the first hour.  At least I need to get the obligatory photo at the school gate.  Surely he can look smart until then?!

This post was first published here. For more from the practically perfect Beta Mummy click on the image below or any of the recent posts!