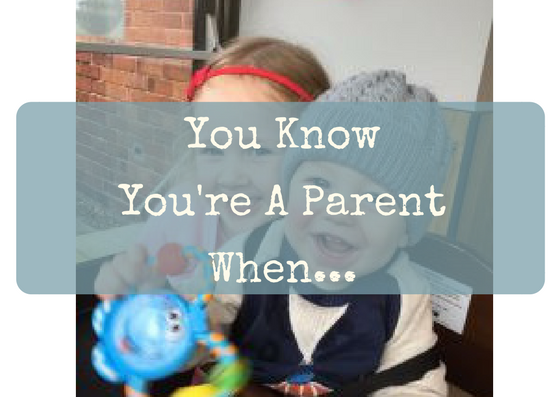 Nothing can prepare you for the life changing event that is becoming a parent.

I used to hate it when people would say: “When you have your own kids you’ll understand.”

“You patronising bugger” was usually the response swirling around in my head, daring my lips to follow suit. Quick, change the subject.

But as it turns out, they were right.

With a second child (and the last, we think – no, we’re sure) under our belts we’ve now got our feet firmly under the parenting table, though you’re always learning of course and there are things I’ll never be able to understand – like kids fighting sleep, what’s that all about?

Anyway here are 8 humorous (I hope) things that may be very familiar to mums and dads. You certainly know you’re a parent when…

Special thanks must go to my beautiful, wonderfully baffling twosome for the inspiration behind much of the content.

This post was originally published here. For more from Stay At Home Dad Of Two click here, or visit some of the recent posts below!

One thought on “You Know You’re A Parent When…”