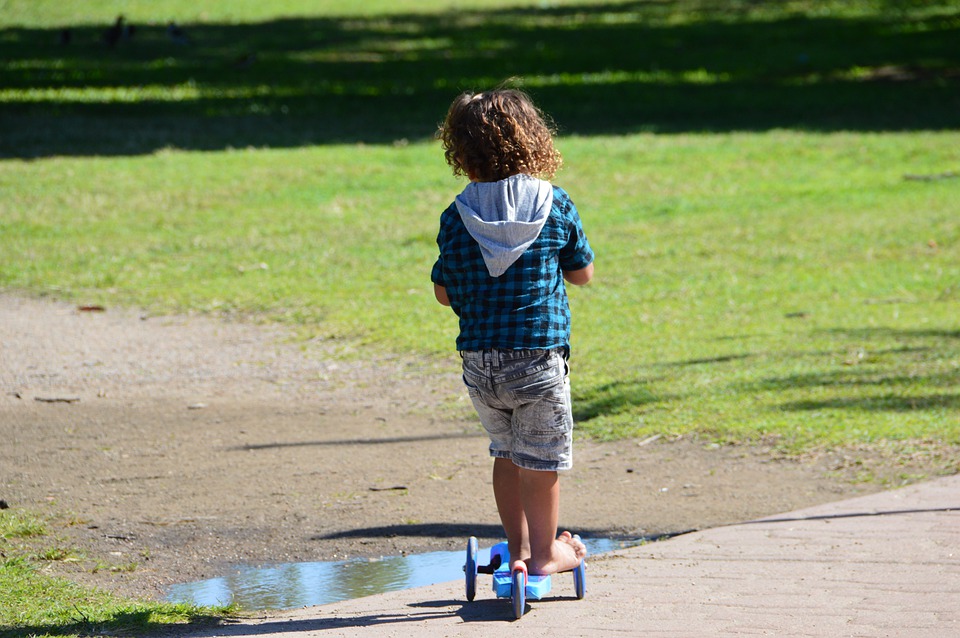 Once we were out, most of us embarked on wholesome games like fifty-fifty or good ole’ hide and seek. And, of course, a game of footie never went amiss. Those were all-around good days, and they’re times most of us remember with fondness. That’s why it can be so baffling if your kids don’t follow in your footsteps.

The sad fact is that playing out is becoming rare nowadays. Instead, kids seem to sit inside and get lost in their computers and games consoles. Far from being something us crumblies grumble about, this is a worrying change. It certainly plays a part in the growing obesity epidemic.

This is something you need to crack down on now for the sake of your children’s health. And, to help you do that, we’re going to look at exactly why today’s youngsters prefer to stay in.

Everyone knows that safe streets and estates were always the best places to play in. That’s because you could bet there would always be at least a few kids out on the street. But, as community living starts to slip into our past, that becomes less and less the case. If you don’t live in a neighbourhood as such, you can’t expect your kids to get outside. Countryside locations just don’t serve as perfect street playing environments. Yet, many parents are starting to think that life in the countryside is best for their young families. If it matters to you that your kids get out, though, you may come to find that the opposite is true. By looking at houses in estates like those built by Redrow, you could change the game altogether. Kids don’t care much about rolling fields, after all. But, you can bet their games won’t look half as appealing when there’s an action-filled football match going on right outside their window.

A focus on buying things for indoors

It’s also fair to say that most of the things we buy our kids now encourage spending time indoors. It’s not your fault, of course. There isn’t much you can do if they’re forever asking for the latest games. You aren’t exactly about to ruin birthdays for the sake of getting them outside. But, it is also worth making a decided effort to buy your kids stuff which encourages them to get some fresh air.  We all know, after all, that children can’t resist getting stuck straight in with their latest new toy. If you come home with a brand spanking football, then, you can bet they’ll head straight out to the street. Equally, skates are fantastic for this, as is near enough anything sport-based. While you can’t ensure they’ll keep playing with these, buying them can at least encourage your children outside once. And, once it all it takes for them to strike up friendships which could see them heading out each time they get home.

Too much focus on fear

It’s also worth noting that fear can stop kids playing out altogether, especially when it comes from us. With news coverage ensuring we hear about crimes, many us fear our streets aren’t safe anymore. This can lead to you putting strict restrictions on where your kids can go. In extreme cases, parents even demand that their kids don’t leave the house boundaries. Is it any wonder, then, that such children stop bothering to try playing outside? What’s the point when they can’t follow their mates anywhere? Sadly, this is the hardest point to overcome. Far from helping your kids, your reluctance here is harming their chances of ever getting fit. As such, there comes a time when you need to let them go further. You can still keep them safe by making sure they stick with their friends or giving them a phone, so you always know where they are. And, of course, setting boundaries around the neighbourhood can also go a long way. You should soon find that even loosening the reins in small ways makes playing outside a whole lot more appealing.