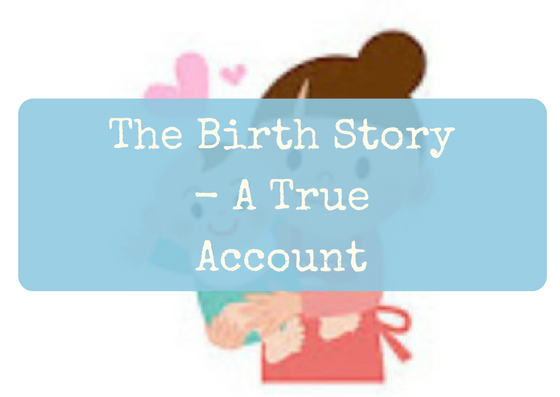 When it comes to birth stories, there appears to be two camps. The ‘isn’t the body wonderful/what a beautiful experience’ camp, and the ‘it would have hurt less if you’d shoved a burning hot poker up my fanny’ camp. I’m afraid, sadly, I’m in the latter…

When you’re pregnant, you are bombarded with information from doctors, midwives, friends, second removed cousins, about ‘the birth’ and what to expect. Like most women, I thought I was pretty well informed – I knew my episiotomy from my epidural, my birthing ball was blown up ready for action, I’d carefully constructed my birth plan, and my hospital bag was packed in anticipation. I wouldn’t say I was looking forward to the experience, but I was feeling pretty nonchalant – I mean, millions of women do it every day right? How bad could it be?

I’d banged on for months about wanting a ‘natural’ birth with minimal pain relief, fully intending to wallow in the serene waters of the birthing pool; listening to Adele’s dulcet tones on my ‘labour soundtrack’ the other half had lovingly put together on the iPad, while I ate jelly babies to keep my energy levels up. Looking back now, I can only smile at just how naive I was.

The truth of the matter is, you can write all the birth plans you want, binge watch One Born Every Minute (OBEM), or hypnobirth the shit out of it, but I can tell you now, NOTHING, and I mean NOTHING, can prepare you for the metaphorical equivalent of pushing a watermelon through a keyhole.

I started with contraction type pains at about 9pm on my due date. Having had similar pains a couple of nights earlier, which then wore off, I wasn’t too sure at first if this was ‘it’. They very quickly became more intense and much closer together, leaving no doubt in my mind that this was the real deal.

Fortunately we were under the care of the fantastic One to One midwife service, so by 1am the midwife was at our house to see how I was faring. She advised me to stay at home as long as possible before we made our way to hospital.

“Get some sleep, have a bath,” she said.

Great idea, why didn’t I think of that. I find I sleep best when my uterus is being given the equivalent of a Chinese burn.

By 4am I could not cope any more – get me to a hospital.

After a quick assessment by the hospital midwife – she told me it’d be ‘at least another 16 hours’.
O.M f’ing G – I couldn’t cope for another 16 seconds never mind 16 hours.

After begging her not to send me home and to ‘check me again’, she concluded that I was in fact in full blown labour.

It all seemed to happen so quickly after that. “Take your pants off you’re going in”, the midwife told me as I was rushed hurriedly into the delivery suite.

My carefully packed hospital bag lay untouched – there was no time to put my ‘labour PJs’ on, not one jelly baby passed my lips and I didn’t get to listen to even the first verse of ‘Someone Like You’.

Having been adamant while pregnant that I didn’t want any pain relief, I changed my mind quicker than Katie Price changes her husbands. I was like a heroin-addled junkie begging anyone who would listen to ‘give me the drugs’. I would have necked the entire illegal drug supply of Colombia given half a chance, but unfortunately there was no chance and the midwives would give me nothing but gas and air as it was ‘too late’ for anything else. They even confiscated that off me in the end as I was puffing away at it like some kind of deranged 60-a-day smoker and not concentrating on my pushing.

Prior to the birth I’d been watching OBEM and said to the other half that if I start mooing like a cow then to give me a slap. I’m just thankful he didn’t take my instruction seriously as the noises coming out of my delivery suite were remarkably like the sounds you’d hear when passing a cow shed.

For anyone who says labour is a ‘beautiful’ experience, I think they need to check the definition of ‘beautiful’, because this was anything but. It looked like a scene from the Texas Chainsaw Massacre – blood and shit everywhere. Yes I did poo myself (it happens to the best of us), but at the time I didn’t give a shit – quite ironic really.

As if my dignity had not suffered enough, I then lost control of my face and started uncontrollably gurning. Apparently the adrenaline coursing through your body can have that affect, but at the time I’m pretty sure I resembled the love child of Kerry Katona and Vicky Patterson.

After about two hours of pushing, our precious daughter Phoebe was born at 7:45am weighing 7lb 8ounces – and suddenly all the horror and suffering of labour became worth it. I won’t lie, the pain is indescribable, but so is the immense feeling of love that consumes you once you have your baby in your arms for the first time.

And then, in one final blow to the shred of dignity I had left, I had my legs in stirrups while the midwife stitched me up like a kipper and I looked across to see a little bit of poo stuck to my left heel – oh the shame.

This post was first published on Why Keep Mum? For more from the blog click here or check out some recent posts below!