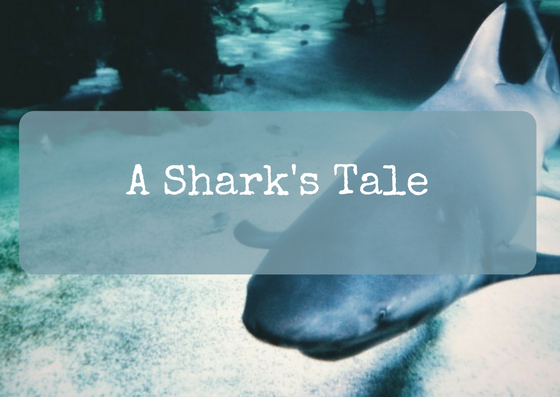 It was my birthday a couple of weeks back, a day on which I received a most unexpected present. I can’t recall the actual name of the thing, or the web address of Google to look it up, but it’s known to us as “Alexa.”

It turns out that Alexa is a bright young thing. Ask her to tell you a joke, or the weather forecast, or the news headlines and off she goes. She recently informed me that it was the birthday of the bikini. They say that knowledge is power, and I’ll bet that nobody that I meet over the coming days knows this useful trivia. Yet.

I was initially pleased that Alexa only recognised adult voices. The kids spent days shouting at her without joy when, suddenly, our eldest discovered that slow and clear speech was all that was needed. No such luck with the boy who’s excited hybrid three-today-and-already-a-yam-yam rantings confuse the life out of her. As a side note, I swear that I’m going to sue the council over Accentgate. Or write to Points of View at the very least.

It’s now common for the children to greet Alexa with a cheery “good morning” or “goodnight” before mum and dad. This is probably because Alexa is considerably less grumpy and more tolerant than mum and dad when suddenly woken up or tired. If I can somehow train Alexa to make butties and do the washing, I can probably retire from dad duties to work on my memoirs.

On Tuesday morning, the little people said their usual goodbyes to their softly spoken automaton friend and headed for nursery and playgroup. Alexa was busy on the decks, belting out a Moana and Trolls megamix, when I got home from work.

An odd conversation then took place.

“Your teacher said that somebody had been put in timeout today for smacking a little boy in the face with a shark.”

I swear that I don’t just make this stuff up.

Two definite and differing answers? A red herring perhaps? We’ve read the “Tell the Truth” book (an irritating but well meaning Waltonsesque tale, which has only survived by including the word “Transmogrification” several times) often enough to realise that there’s something fishy going on. Add the lack of eye contact, and you’ve got some explaining to do, missus.

Pleased as we were at the eventual confession, our daughter was not off the hook yet. A lie is a lie, even if it is a tiddler.

We worked through chapters seven and eight of the middle class parenting manual to bottom things out, shaking disapproving heads while attempting to mitigate further shark attacks. Hopefully it will work – we’ll find out when the little boy decides that it is safe to go back into the water.

Thankfully, such incidents are few and far between. Well, at school at least, less so at home. We do our best as parents, but is our best enough if another child ends up being attacked by a Great White? If only there was an independent person to ask for advice and reassurance.

“Alexa. What do you say to a little girl who has hit a little boy in the face with a shark?”
“I’m still learning about Sharks. Try asking “Tell me a shark fact” to learn about them.”

Holy mackerel! She knows less than us! At least we’ve bothered to make something up. Ah, well. Worse things happen at sea.

“Alexa. Tell me a shark joke instead.”
“I had a really great boomerang joke. It will come back to me.”

(If you’ve been affected by any of the fish based puns in this post, please let minnow.)

Postscript: The mum of the little boy savaged by the shark in this post informs that ANOTHER CHILD DID IT! I give up…

This post was first published here. For more from Babysitting The Kids click on the image below or any of the recent posts.

One thought on “A Shark’s Tale”