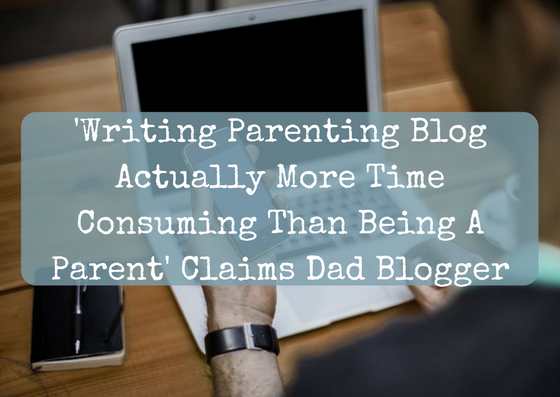 A parenting blogger or ‘pblogger’ has revealed that writing his blog is actually more time-consuming and emotionally scarring than being a parent.

James, from Reading in Berkshire, who is dad to lovable tearaway toddler, Joshua, spoke about the wonder of blogging and how his ‘hobby’ has taken up more of his time that his full-time job and being a dad combined.

‘I started my blog as a quick bit of fun – something to do whilst Joshua was engrossed by staring at drug-addled devil woman Dora The Explorer and her hallucinations, Boots, Map and Backpack.’

But soon James found that writing a blog was akin to taking on another full-time job, with absolutely no pay or progression opportunities.

‘I thought I could just spend a few minutes every few days compiling witty, emotional and generally awesome blog posts and that readers would flock to read it like flies round shit. Within the first 3 months I assumed I would have built enough fame and fortune to give up my day job, buy a mansion and appear on Celebrity Big Brother.’

Unfortunately the dream hasn’t yet become a reality for James, although his dedicated posse of 4 readers do say nice things about his posts, which are a poorly-written mismatch of ill-judged humour, photos of Joshua climbing on things and strange fake interviews.

‘My mum has been quite supportive of my writing’ revealed James, ‘but she does question the excessive foul language. My wife also reads from time to time, during the ad breaks in Home & Away and Neighbours. My 3rd reader is a mystery person in Iraq and the 4th actually turned out to be me as I hadn’t set up my stats to discount my own page views.’

When asked about the time commitment involved in maintaining his blog, James said that he has found a way of stopping his blog from impacting on his job and his absent-minded parenting.

‘I start blogging when Sarah goes to bed at midnight and with a combination of Red Bull, Pro Plus and alcohol I just about keep up-to-date with the 214 linkys, 164 forums, Twitter, Instagram, Facebook, Pinterest, TikTok, Tots100 and blog entry schedule I have set up. Then I hop in the car and start all over again.

James, who was inspired by The Unmumsy Mum and her book-writing, sports car driving, GQ featuring lifestyle has had some limited success so far. ‘One of my posts hit 25 views, but it turned out that was because I had inadvertently mentioned ‘massive cock’ in my post, when describing how Joshua had been behaving that day, and that had led to a surge in Google traffic’.

For James the blog with continue though, and he has now lowered his aims to achieving 10 regular readers by the end of 2018.

‘Even if I have to slip a ‘massive cock’ in each blog entry I am determined to get to 10 regular readers’, he revealed.

Whilst international stardom may well evade James, at least he isn’t giving up on things just yet. Although with his failing health, intermittent feelings of joy and despair and bizarre, fantastical blog posts and constantly low readability scores on Yoast, Sarah Turner probably doesn’t need to spend too much time looking over her shoulder just yet.

2020 UPDATE: Unfortunately James never reached his goal of having ten regular readers, but it hasn’t stopped him flopping out half-arsed attempts at humour on a semi-regular basis.
This post turned out ironically to be his second most popular post of all time. Amusingly his most read post of all time was a copy and pasted guest post about admin processes.
James will shortly be ditching his parenting blog and instead launching a blog dedicated solely to admin processes.
We're very needy! Please share, follow or like us: 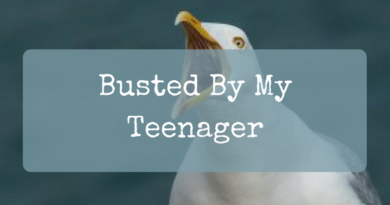 Busted By My Teenager 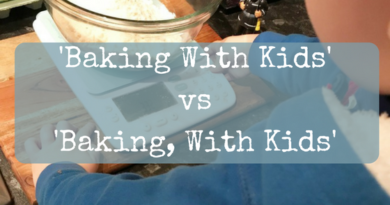 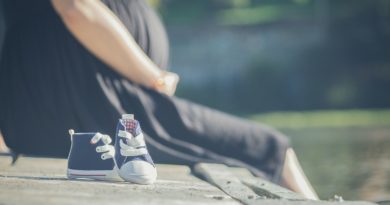 The truth about having children