We’ve all been there haven’t we?! You’re happily tapping away on social media and you press the send button too early propelling some jibberish off into the www for all to see!

Or you’re looking through someone’s old photos on Instagram and accidentally double tap, making you suddenly feel a bit stalkerish! Or even when your beloved phone’s autocorrect decides to get involved and changes something innocent into something anything but 😂😬😳

People make mistakes. But on social media those mistakes may well be seen by a whole load of people, especially if you don’t notice your faux pas until a few hours down the line. Perhaps when one of your friends of family members points out your mistake to you. Or maybe even your mum 😂😂

Now if you happen to be a celebrity you can multiply the impact of that simple error by a few million followers and a host of media outlets. How many memorable celebrity social media mess ups spring to mind over the past few years? Quite a few I would imagine!

Well, Click Consult have taken a fun look at some of the top recent celebrity social media bungles where such seemingly minor social media mistakes have entered pretty strikingly into the annals of time!

Here’s one that you will definitely remember!

Anyone for covfefe?! Remember when there were days of speculation as to what that mystery word might have meant when Donald Trump tweeted it? Was it a hidden message? Was it a missile launch code that he had typed by mistake? In fact it was more than likely just a rather odd misspelling of the word ‘coverage’ followed by a mistaken press mid sentence of the tweet button!

Apart from President Trump’s bizarre made up word beaming across the world to millions, Prue Leath accidentally naming the Bake Off winner before the final even aired takes some beating! Loyal fans of the show were talking about that tweet for weeks afterwards and most were pretty livid! After weeks of build up and suspense, for it all to be wrecked by one misplaced tweet was a bit of a shame to say the least.

Admittedly no one would really care if I accidentally revealed on Twitter what I had been doing the day before or what I had planned for dinner. And even less if I made a minor spelling mistake or a bizarre autocorrect, however amusing it may be in hindsight! One major benefit of having fewer followers is that it is much easier to get away with things without people really noticing…

But it’s still a scary feeling when you know something you’ve done has gone a bit wrong, especially if there’s no way of correcting it. Once something is out there on social media and a few people have shared it there’s no way of getting it back! So my advice would be to check, check and check again before hitting that magic button so as to avoid your own memorable social media mistake.

Have you made any social media blunders recently that you wish you could undo? Did anyone actually notice?! Let me know in the comments! 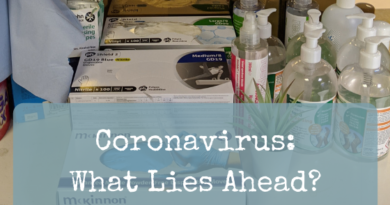 Coronavirus: What Lies Ahead? 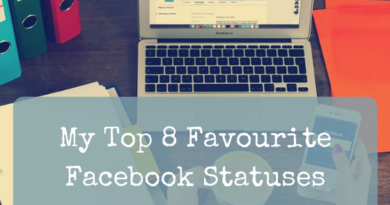