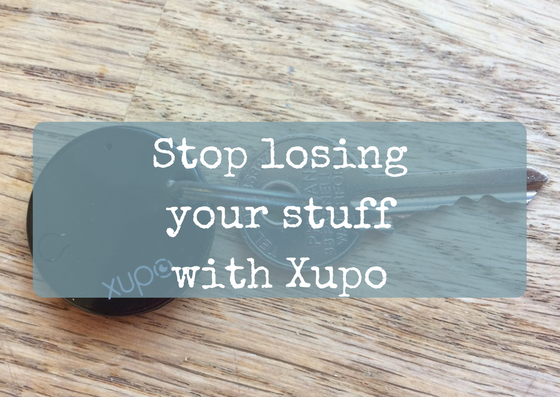 A call was put out to the Smilesquad recently.

Are any of you constantly losing your sh*t?

Yeah I get ya. I actually do that too, generally my keys or my phone.

I can open the cupboard, stare straight through the item I’m looking for and declare it ‘not there’ and the cupboard ‘checked’.

Ticked off the list never to be checked again. I’m a man after all.

It’s at this point I’m going to blame the whole hunter gatherer thing. Men aren’t made to gather. (And before you counter with the ‘go hunt the keys then’ argument. I’d like to state that it’s not a hunt if the item being hunted is static. That’s my story and sticking to it).

“Have you looked in the cupboard?”

“Of course, I’ve looked in the [insert regional expletive] cupboard!!”

“No, I mean….. really looked? Not and I repeat NOT just opened the door peaked inside and shouted up the stairs at me because you’re too lazy to actually look”

Down the stairs, she’ll come. You can hear her anger swelling with every footstep. “If I find them in the cupboard!!”…

She opens ‘the cupboard’, yup ‘the checked one’. She’ll then tut the loudest tut you have ever heard and in one smooth movement put her hand in and come back out with the keys. It’s at this point you need to be very careful how you play it or you may need a surgeon to remove those same keys from somewhere to the rear of your body.

I tend to lead with “I don’t know where I’d be without you!” And continue along the lines of “you’re so good to me” kinda thing. Even then I’m skating on very thin ice.

Things go missing in my house for days or longer.

TAA DAAA!! The mythical lost remote of Fan Glas has been found!! pic.twitter.com/WIim1UinPE

So.. what would I do if my wife wasn’t around and I really needed something like my keys?

Well I’d put a poll up on Twitter of course.

Argh!! Where are my car keys? Bearing in mind I have toddler in the house (and I’m a man). Reply for other.

And now there is a ‘walking, mumbling’ toddler in the house. I’d say, ‘walking talking’ but she doesn’t converse; asking her questions is useless, unless the answer is one of the following:

This toddler (with the above limited vocabulary) only works on 2 principles;

Here are some examples for you all.

Once you have a nonverbal toddler with this kind of outlook on life your ‘keys posted out through the letterbox’ likelihood increases by 4000% and you will at times find yourself crawling around your house on your hands and knees looking for things with phrases such as ‘If I was a toddler where would I put keys’ rattling round in your head. It’s a given.

So when my wife isn’t there and twitter is useless and my toddler (who’s getting the blame whether it’s her fault or not) is just repeating the word Cheese where do I turn to next.

That’s where Xupo comes in. 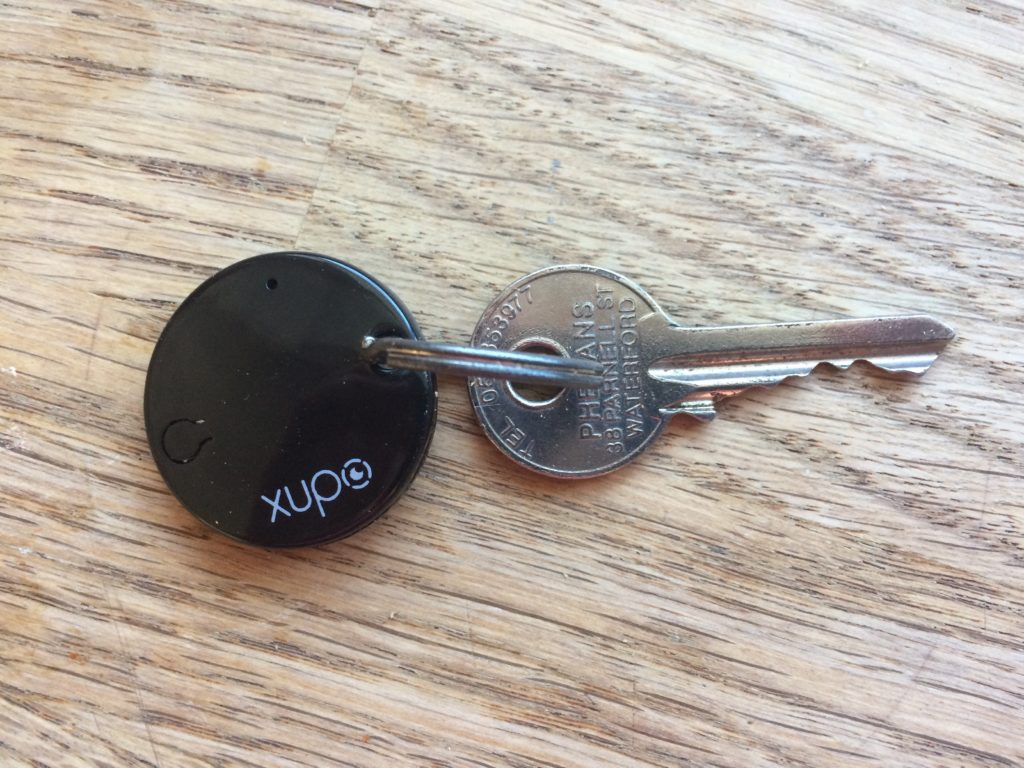 Well it’s essentially a keyring that means you can’t lose your keys. Well you can, but they should be easy to find. Toddler or no toddler.

So how does it work?

Easy, you download an app and put it on your iPhone and when your keys go missing you press a button on the app and the Xupo will make a noise until you can find it. 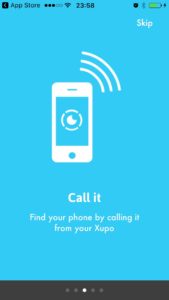 It’s the old ‘phone your phone technique’ played out with only 1 phone!! …Magical.

Aha!! But what if you lost your phone? (I hear ya thinking like a big group of smarty pants).

Well it works 2 ways. You can also click a little button on the Xupo and voila,  your phone rings!!  Double Magical.

So you can find the 2 things I lose most often with this handy little gizmo. Perfect!!

So what if you lose both your phone and keys at the same time?

Right I know I said it was magical, but its not that magic. You’d have to find one of the old-fashioned way I’m afraid.

Either way for £19.99 this is a pretty nifty bit of kit. Since I’ve received it for review I’ve obviously tested it but I’ve also had cause to properly use it twice. 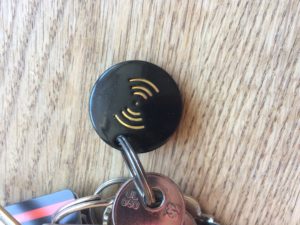 The bottom line here is that I’d pay £19.99 to not get a bollocking from my wife and not give my child some kind of ‘blame syndrome’ to carry into adulthood. So if you are constantly ‘losing your shit’ then this is the product for you.

It gets Daddy Poppins‘ thumbs up!

If you could do with a Xupo, you can buy one here! If you fancy winning one, we have one Xupo Bluetooth tracker to give away! Enter below.

Daddy Poppins was sent the Xupo for free for the purposes of this review but all words his own – even the swears.