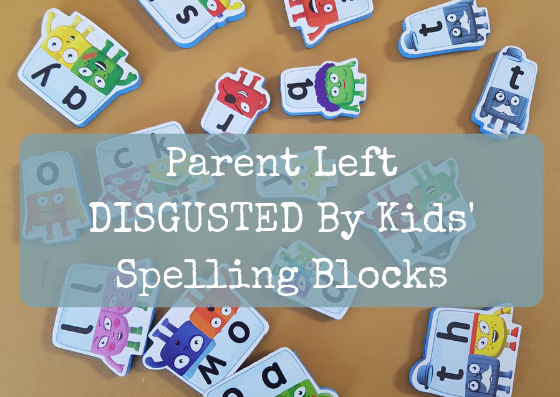 A parent in a leafy London suburb was left ENRAGED and shocked to her CORE when she discovered that a seemingly harmless set of kids’ spelling blocks had a dark side.

Carly, a curvy 32 year-old stay-at-home mother of two from leafy Worcester Park, had bought the Cbeebies special magazine with a variety of Alphablocks letters on the front, whilst shopping with her husband, Matt.

‘It looked harmless enough and I thought it might help my oldest, Tabitha-Rose, to get to grips with some of the basics, ready for his 3rd year at school’, said Carly.

‘I like to think I’m a very open-minded person. I’ve considered voting Liberal Democrats in the past and have watched a few things on Channel 4, but even I never expected to find a ‘COCK’ and ‘BOLLOCKS’ on the dining table’ Carly continued.

‘Honestly, I just didn’t know where to look or what to do with it. It’s been a long time since I’ve seen a ‘cock’, especially when I’m trying to eat my cereal’, quipped the former beauty therapist.

‘Some of the other words were a bit confusing. I think one of the kids had misspelled ‘funk’ but on the plus side it looks like Tabitha-Rose can now spell ‘me’, ‘suck’, ‘my’, ‘fancy’ and ‘please’ so that’s something. It looks like one of them also got half way through spelling ‘analyse’ which is really good.’

However, despite the Alphablocks clearly helping the kids with their spelling Carly was really annoyed that such offensive words were able to be made at all.

‘Surely the manufacturers could have taken out the letters that could be used to make rude words’ she suggested. ‘I’ve noticed that all rude words have a vowel in them, so maybe they could be supplied with no vowels to combat this. In its current format the magazine is NOT suited for children.’

Matt was asked for his views, but he looked uncomfortable and went out for a drive before we could speak to him. 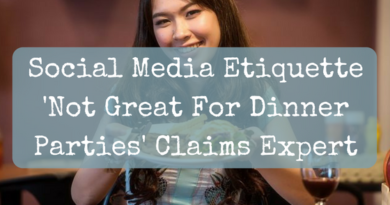 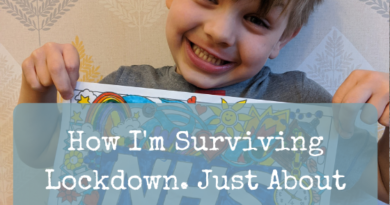 How I’m Surviving Lockdown. Just About 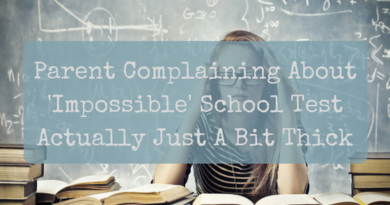