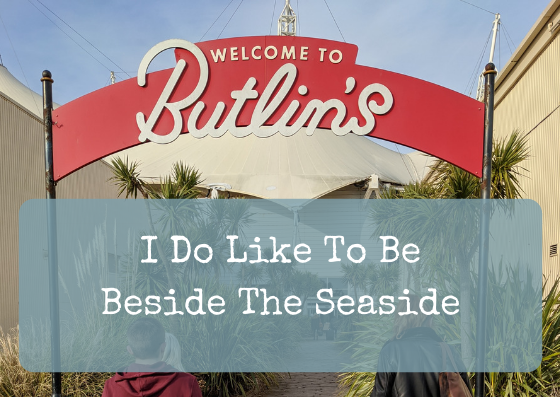 Last week I headed for the coast on two separate occasions, once with family and once with friends. Both were excellent trips in their own way, both involved cocktails (albeit to very different extents!) and both involved a lot of weather!

We’ve always loved popping off to the South coast for a stroll along from Highcliffe Castle, along past Steamer Point and then along the beach to Mudeford Bay.

Unfortunately last week the M27 was closed so it added about 45 minutes to what is normally not too bad a journey! But as always it was worth the effort, despite the fact it was pretty wet and windy.

We started off at Mudeford for lunch at the Laughing Squid, which is actually fairly posh for us as it has table service and doesn’t just serve chicken! It even does cocktails. Heaven forbid!

After playing on the beach for a while we strolled up the steps and walked through to Highcliffe Castle where we had cake. Because if you go on a day trip and don’t have cake what exactly is the point?! It would be like toast without butter. Pensioners on the beach without sandals and socks. Overtired children in restaurants without tantrums. You get the picture…

A few days later I headed off to Butlin’s for the first time since I was 18 as some blogging friends had organised a weekend away to see some tribute bands.

There were 11 of us in total and we stayed between two apartments. Until one leaked through the ceiling. Obvs.

I’m not going to tell you all about the many and varied joys of Butlin’s, as I’m sure most people have been there before, but suffice to say there were bars and restaurants, lots of entertainment, a fair, a spa, a swimming pool and lots of arcade machines along with lots of other standard family attractions.

This was an adult weekend though (for adults, not for doing ‘adult things‘) so the entertainment was focused around drinking, watching live bands and bingo. Some of the bands were really good – Foo Fighters, Madness and The Killers were excellent. Some were more average like Coldplay and Fleetwood Mac. Coldplay didn’t even play Shiver, which was just rude…

Back in the apartments we also did some fun things and stayed up far too late chatting and drinking like students! Highlights included a gin tasting afternoon, playing games and evacuating due to a leaking ceiling!

All in all a pretty good week. Already looking forward to going back to both places…