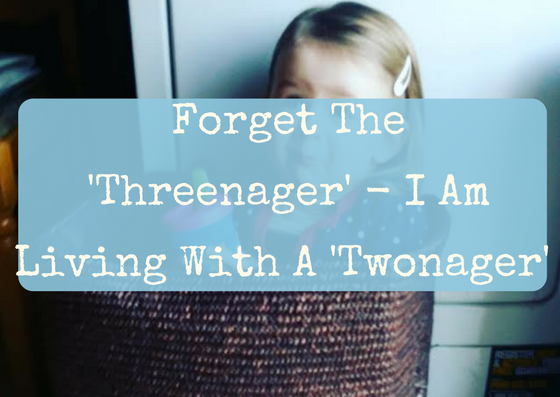 For the past few months I have noticed (with growing fear) the emergence of a new term; ‘threenager’. Apparently there are parents all over the world dealing with this creature; a three year old with the mannerisms and habits of a teenager. What fresh hell is this I thought as I scrolled through articles warning me about this growing trend. I am already knee deep in the trenches of the terrible twos; are you honestly telling me it doesn’t get any better?

The thing is my two year old already behaves like a mini teenager. When we ask her to do anything we are met with a drop of her shoulders, a deep sigh and a long drawn out ‘Oookkkaaayyy!!’ as if we have asked her to negotiate world peace instead of picking up her toys. I figured this type of behaviour only emerged in adolescence but no, that was all lies. Our house reverberates with the noises, stomps and full on meltdowns of the ‘twonager’!

The histrionics! Listen this child was born to be on the stage! She can turn on the tears with very little effort, she flounces across the room if she doesn’t get her way and she has thrown herself on far too many shop floors. The thing is sometimes her theatrics are so wildly absurd we have trouble keeping a straight face when we correct her. Yeah great parenting right there….she can sense when you are going to crack and won’t rest until she sees a smile.

She craves independence yet is not able to handle the level of independence that she wants. Only last week there was a major meltdown when I tried to explain to her why she can’t yet drive a car by herself. The tears…you would have thought I was the worst parent in the world. She also has to climb into her car-seat all by herself even if it takes ten minutes and you are already five minutes late. Heaven forbid you should intervene…that will cost you at least another five minutes.

What I am trying to say is that I had hoped that with age comes better ability to not lose your s*** midway through a grocery shop! But my hopes have been dashed by the prevalence of the threenager. All I can now hope for is that, perhaps, four isn’t too bad an age? Or five? In fact don’t tell me I’d prefer not to know.

Who would have thought in the early days of all night sleep deprivation and endless nappy changes there were still more hurdles ahead?

If you enjoyed this great post, why not check out the rest of The Mummy Years, or look at some of its recent posts below! 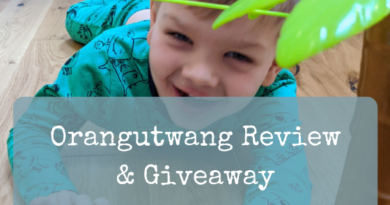 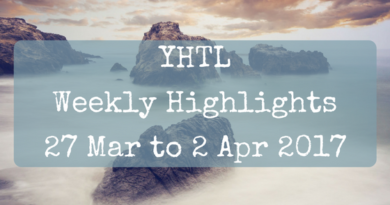 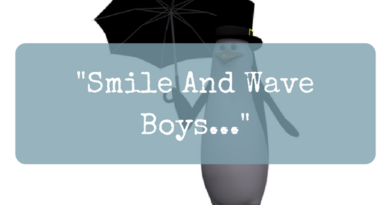