In a previous life I ‘kept’ a blog too.

Not sure if ‘kept’ is the correct word for writing one of these things on the regular, but ‘maintained’ sounds too formal and ‘wrote’ sounds too meh.

I was single for a decent chunk of the 2 years I had my blog, ‘The Future’s Bright…’ and it was mostly dull, uninspiring daily drivel. Similar to this one, you may say!

From time to time I would write the first thing that came into my head, so in memory of the slightly odd 20-something me, here is a post from 2003. I could say it’s a work of art, crafted by a genius, but that may be overselling it slightly.

I need a holiday. Haven’t had one for 50 years. Might be exaggerating. Hard to tell sometimes. In a strange mood. No change there then. The English language is wonderful. But not in short sentences. Short sentences can be fine. For dramatic effect. But not every sentence. So why am I using them. And why no question marks. Always been a bit odd. Manage to hide it on the whole. But not tonight. Or so it would seem. The oddness has taken over. I need a holiday. No money though. And no time to take one. Too much houseryness. Yes I know ‘houseryness’ doesn’t exist. Or mean anything. Good word though. If a little odd. I like odd. Sometimes. Hmmmm. No paragraphs either. Must be a shitter to read. Sorry. Maybe one will pop along shortly. Been a bit down of late. Not sure why exactly. Could be many reasons. Bought a bed today. Wanted a modern beech one. Always try to be spontaneous. Always
end up thinking too much. Always end up being practical. Bought a traditional style bed. Bloody cop-out. No exclamation marks either. Very odd.

Hmmmmm. Where Did This New Paragraph Come From.

And this one. The plot thickens. Any proper punctuation in this one. Doesn’t look like it. That’s a shame. I like punctuation. Always liked good grammar. 7 years at a grammar school. Good grammar is good. Bad grammar is bad. Ask Geyv. He’ll tell you. At least the apostrophes are still happening. I could start misusing them too though. Putting them in plurals like thick people. But that would piss me off too much. So I won’t. At least I hope I won’t. I need a holiday.

No-one to go with though. What a pain. Haven’t been on holiday for 40 years. Might be exaggerating. Everyone needs a
holiday. Normal life gets dull after a while. Need things to look forward to. Looking forward to the house. The freedom. The decorating. The designing. The parties. But what to look forward to then. Need a woman. And another paragraph.

And a holiday. Will be my first in 30 years. Might be exaggerating. Hard to tell. Never kissed a girl with ginger hair. Tina’s was dyed ginger. But that doesn’t count. Ask Geyv. He’ll tell you. Bought a headboard as well. Beech effect. My token modernist effort. Compromising is fun. Especially when compromising with oneself. James thinks that talking in the third person is also fun. Although he’s not sure exactly why. Must be the inner posh coming out in him. And he drinks with pinkie finger raised. James is rather odd. But he normally hides it well. Seemingly not tonight though. I’d say he needs a holiday. He says he hasn’t had one in 20 years. I think he’s exaggerating though. It’s hard to tell with James. I’m not sure even he knows what’s true and what’s not. Poor old James.

I know he thinks paragraphs are fun though.

I’ve known James all of my life really. Nice chap. Has many good qualities. A few bad ones as well. Not much hair. Belches too much. Finds it hard to express his feelings. Not even sure he has any. Quite a good listener though. Bit shy still. Better than he used to be. Rubbish with girls. Talks about fish arches at the wrong moments. Has 40 stitches. Likes good grammar. Good with apostrophes. ‘Belonging to’ or ‘omission’. Not PLURALS. Fuckers. Swears too much. Gets bored of talking in the third person quite easily.

Lucy asked me if I fancied a weekend away. Got me thinking about holidays. Haven’t had one for 10 years. Might be exaggerating though. Might pop to Newquay with her one weekend. Can’t afford anything else. Stroked a sheep once. Funny feeling. Felt like it didn’t belong to the sheep. As if it was just stuck on. Stroked a cow once. That felt more normal.

Strange. I’ve always been a little odd. Not convinced blue ties go well with blue shirts. Will wear white shirt at next wedding. Kate’s not coming to the housewarming. Off to Zante instead. Bit of a shitter. Lucky her going on holiday. Still got 47 days to take off from work this year. By December. Having one blue wall in my new bedroom. Behind the new bed. Should look nice. Not that anyone will ever see it. Apart from me of course. Might get lucky one day. Possibly. Shouldn’t give up just yet. I hate scissors with the stupid curved blade. No good to man or beast. Might meet someone on holiday. If I could afford one. A holiday. Not a someone.

Need a holiday. Haven’t had one for 2 years now. That’s a long time.

The author apologises for the poor quality and general oddness of the above entry. This is because he is poor and rather odd. Whilst he endeavours to hide this oddness, he has clearly failed on this occasion. Our thoughts are with him in this dark time. Perhaps he needs a holiday.

No apostrophes were harmed in the making of this entry.

So there you have it. A sneaky peek into my past blogging life. Surprisingly this post is showing as ‘red’ for its ‘readability’ score. Shocked, I tell you. 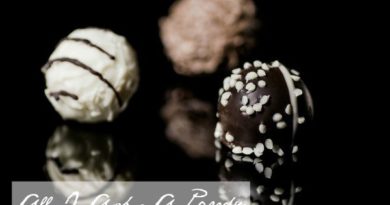 10 Tips For Surviving Baking With Your Kids 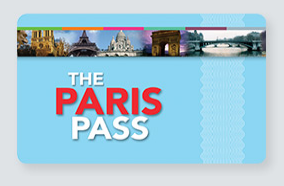 How To Save Money With The Paris Pass

One thought on “A Disturbing Trip Down Blogging Memory Lane”